Does James Longstreet Deserve a Monument? 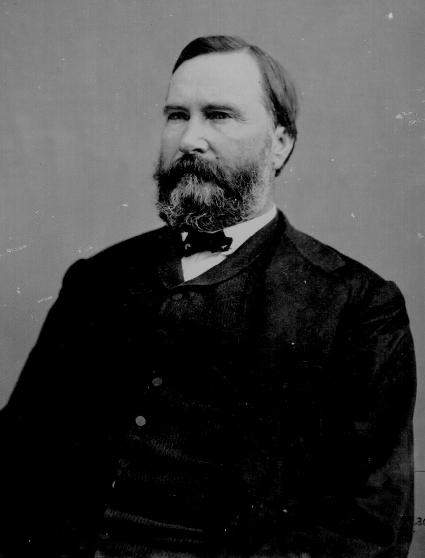 This past Wednesday Charles Lane authored an opinion piece for The Washington Post that called for a monument to be erected in New Orleans to Confederate General James Longstreet. The essay has now been re-printed in newspapers across the country.

Lane believes that Longstreet’s postwar alignment with the Republican Party and other exploits points to an important historical lesson in redemption that has all but been forgotten.

According to the author, the removal of monuments to Lee, Davis and Beauregard and the raising of one to Longstreet will serve to “correct the balance of honor in public spaces.”

Lane’s understanding of the relevant history comes down to the following:

But it was after Appomattox that Longstreet truly distinguished himself — as the rare ex-Rebel to accept the South’s defeat, and its consequences. He urged fellow white Southerners to support the federal government and help rebuild their region on the basis of greater racial equality. He joined Abraham Lincoln’s Republican Party.

In the 1870s, he commanded a biracial state militia loyal to Louisiana’s Reconstruction government, aggravating an old war wound while fighting alongside his troops against violent white supremacists in the streets of New Orleans.

The problem with pieces like this is that they almost always simplify the history. Longstreet was never known as possessing a shrewd political mind. Yes, he did believe that defeat must be acknowledged and that former Confederates were obligated to work within the political framework of a reunited nation, but we ought to be cautious not to read too much into Longstreet’s alignment with the Republican Party.

Lane’s emphasis on Longstreet’s political alignment with the Republicans and his role in one of New Orleans’ street battles appears to suggest that he underwent something of a racial awakening. In the spring of 1866 Longstreet wrote the following in a private letter:

My politics is to save the little that is left of us, and to go to work to improve that little as best we may. It is all important that we should exercise such influence over that vote [black suffrage], as to prevent its being injurious to us, & we can only do that as Republicans. As there is no principle or issue now that should keep us from the Republican Party, it seems to me that our duty to ourselves & to all of our friends requires that our party South should seek an alliance with the Republican party…. If the whites won’t do this, the thing will be done by the blacks, and we shall do the work ourselves & have it white instead of black & have our best men in public office.

When we look at Longstreet’s postwar career with this in mind we see consistency with his military service to the Confederacy rather than a sharp break. Between 1861 and 1865 Longstreet served a government pledged to preserve and spread slavery and white supremacy. After the war he calculated that the best way to preserve what was left of the antebellum South was to acknowledge new realities. For Longstreet that meant, in part, working with the Republican Party to preserve white supremacy.

Next post: How You Can Become a Civil War Historian