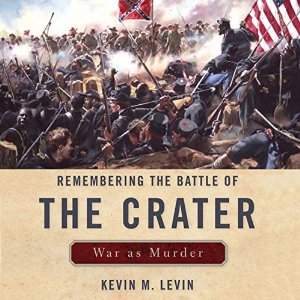 I am pleased to announce that Remembering the Battle of the Crater: War as Murder is now available from audible. Jack de Golia did a solid job reading the book, which runs just under six hours in length. The audio version is half the price of the hardcover and even cheaper than the kindle version.

The news of the release caught me a bit by surprise, but apparently the book is still selling sufficient copies to warrant it. I also recently learned that there is a chance the University Press of Kentucky may release a paperback version in the not too distant future.

If any of you do purchase the audio version let me know how it goes.