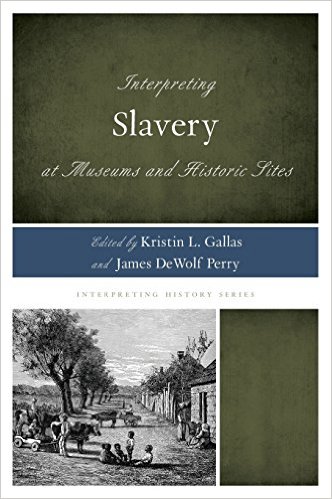 I don’t believe I have said much of anything about it on this site, but in addition to my book project on the myth of the Black Confederate soldier I have also been working on a proposal for a collection of essays on interpreting the Civil War at museums and historic sites. The idea was bring together public historians to explore how they interpreted the Civil War for the general public during the 150th. I also wanted to offer concrete ideas on how public historians can address the ongoing debates about Confederate iconography, which I believe has been woefully lacking.

The idea grew out of last year’s meeting of the AASLH in Louisville, where I took part in a panel discussion on this ongoing debate. While perusing the exhibit hall I came across the Rowan & Littlefield table and their “Interpreting History” series, which is published in partnership with AASLH. I was surprised that there was no book on the Civil War and brought it to the attention of Bob Beatty, who gave me the green light to kickstart a proposal.

Today I am happy to announce that Interpreting the Civil War at Historic Sites and Museums has received final approval and will soon be under contract with Rowan & Littlefield. It goes without saying that I am super excited about this project and that has everything to do with my list of contributors.

As with any edited collection there has been a bit of movement on the author front so I am still in the process of soliciting two additional essays.

While the book is geared primarily toward public historians I can easily see it appealing to a wide range of folks whose work or interests connect to this period of history and the interpretive challenges that it continues to present.

Stay tuned for updates as the project moves forward.

Previous post: If Donald Trump Had Delivered the Gettysburg Address