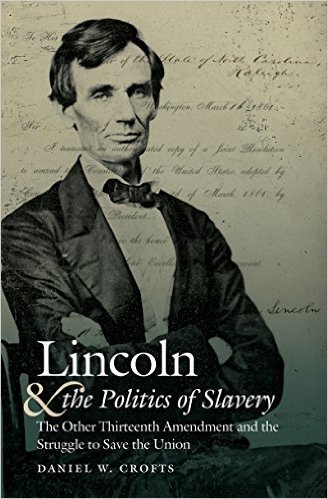 Over the weekend, Martha Hodes’s wonderful book, Mourning Lincoln, was once again honored, this time with the OAH’s Avery O. Craven Award. This is one of my favorite memory studies of the past few years.

Daniel W. Crofts, Lincoln and the Politics of Slavery: The Other Thirteenth Amendment and the Struggle to Save the Union (University of North Carolina Press, 2016).

Annette Gordon-Reed and Peter Onuf, “Most Blessed of the Patriarchs”: Thomas Jefferson and the Empire of the Imagination (Liveright, 2016).