The Return of Gettysburg’s Electric Map 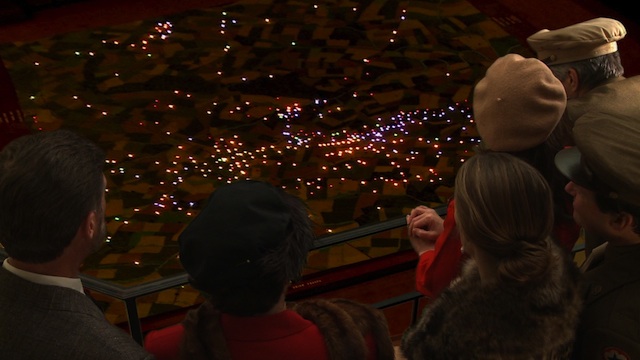 If you are a Gettysburg enthusiast of a certain age than you likely have fond memories of the Electric Map, which first served as the centerpiece of the Rosensteel Museum and was later included in the Gettysburg National Military Park Museum. For many visitors it offered a helpful orientation to the three-day battle, but it was dismantled to make way for the new visitor center and placed in storage. I wrote about this decision back in 2008.

The Electric Map recently came out of retirement and has been acquired by Hanover, Pennsylvania businessman and entrepreneur Scott Roland, who restored it using modern wiring and LED lights. The map is now on display at the Hanover Heritage Center, where you can enjoy it at the price of $8 for adults and $4 for children/students. Roland hopes to use it to highlight Hanover’s local history and its connection to the larger Gettysburg Campaign.

I admit to have only seen it once during my first visit to Gettysburg back in the 1990s. Certainly, I can appreciate its usefulness as a teaching tool at one point, but I am skeptical that the map has much value beyond the nostalgic appeal that it holds for a certain generation. Of course, I may be wrong.

Next post: Civil War Memory Wants to Partner With You