In just the past few hours workers have begun work to dismantle Louisville’s Confederate monument in preparation for its relocation in Brandenburg. I believe this is the first large American city to make such a move. 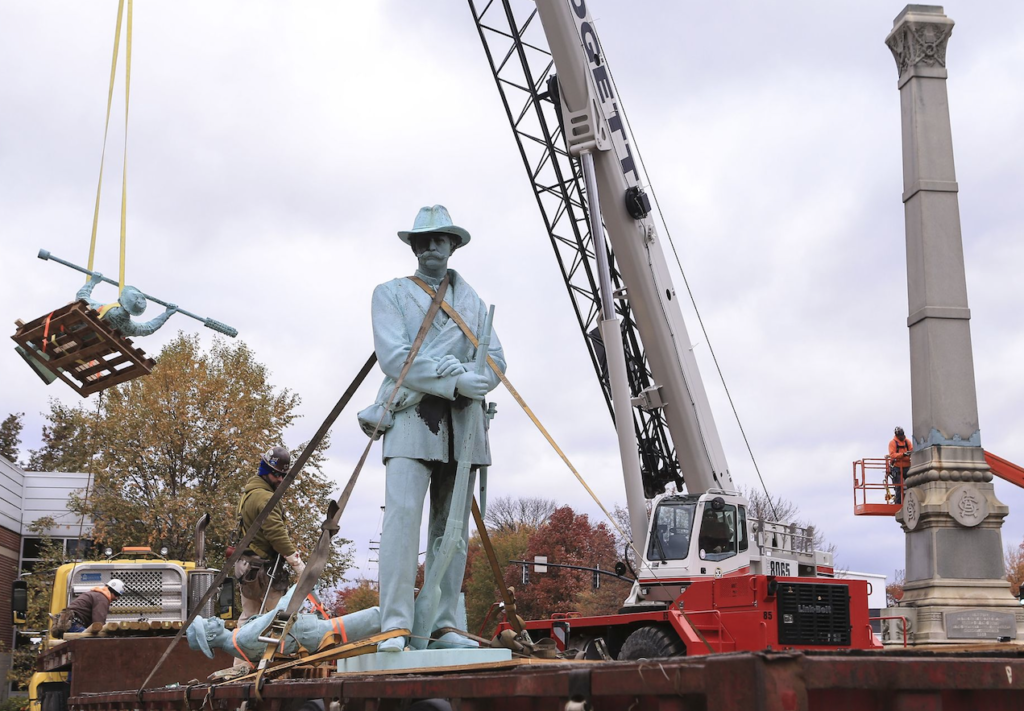 This is the part of the story that I believe The New York Times missed in its coverage of recent displays of the Confederate battle flag. Confederate battle flags may still be embraced by individuals and organizations, but they, along with the monuments, no longer represent the values of many communities throughout the South. It needs to be acknowledged regardless of whether you approve of their removal or re-location.

Next post: Recognizing an Imperfect Past at the Georgia Historical Society

Previous post: The Retreat of the Confederate Battle Flag Continues