Say hello to Mose, named after Col. John S. Mosby and for you “Office” fans, Dwight Schroot’s curious cousin. We picked up Mose, along with his sister, Clara, yesterday at a shelter in Hopkinton, just outside of Boston. 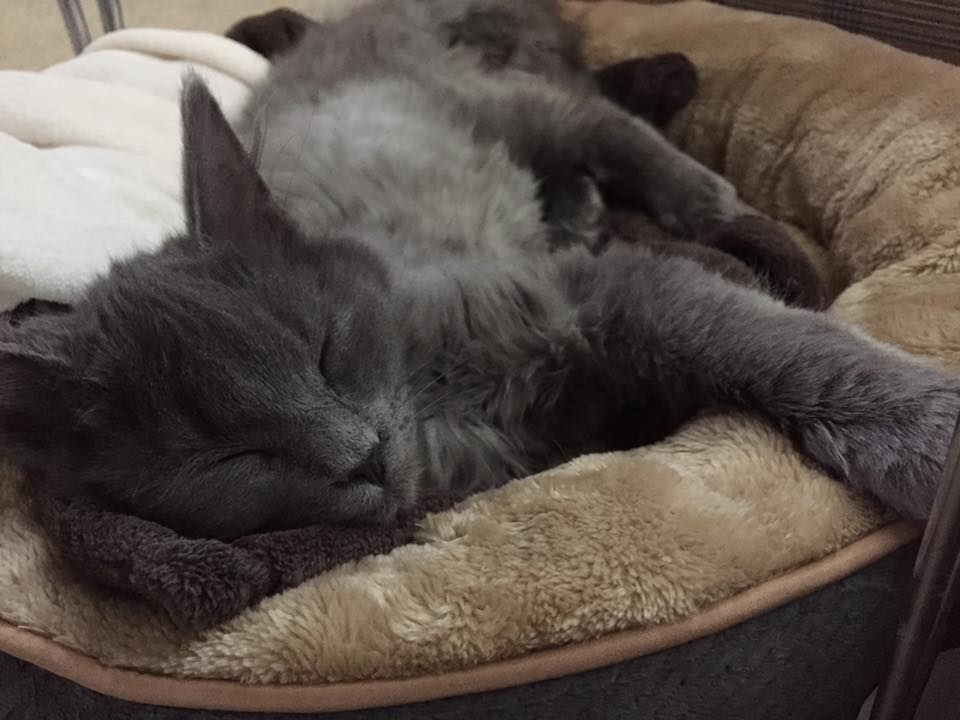 This pic was taken just after an intense 15 minute ear washing from his sister. Mose will be out of action for the rest of the afternoon.

Unfortunately, we lost our cat, Felix, this past September from cancer. He was an incredibly kind kitty. JEB and Felix have been with us for 14 years. While his brother, JEB, is adjusting well he is still an incredibly active and playful cat. We thought he might like some new playmates. Introductions will be made tonight and hopefully, if everything works out well, JEB and Mosby will soon be planning their next offensive.

Previous post: Recognizing an Imperfect Past at the Georgia Historical Society