Confederate generals such as Robert E. Lee and Stonewall Jackson were used to sell a wide range of consumer goods at the turn of the twentieth century throughout the South and beyond. Interestingly, this G.E. advertisement appeared in the New York Tribune. Let’s hear it for the cultural reach of the Confederate body servant. 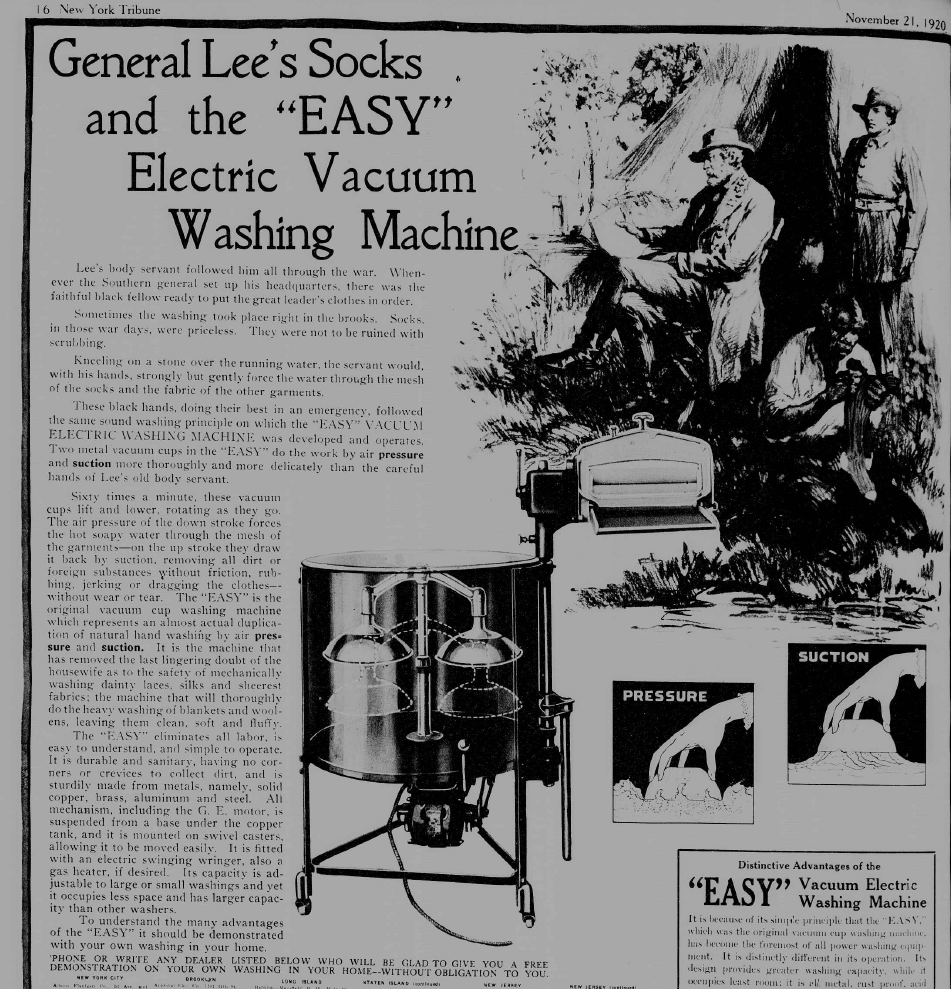