Update: The battle flag erected outside of Lexington is in violation of Rockbridge County’s zoning ordinance.

I think it is perfectly fitting that the Virginia Flaggers were led down the streets of Lexington, Virginia this past weekend by an individual portraying Stonewall Jackson, who (as of 2015) is also a member of the League of the South. I love the way it ties a war to expand slavery and protect white supremacy with organizations that continue to openly profess white supremacy.

While I am not a fan of anonymous blogs, but the pics speak for themselves.

What separates this group of Flaggers from groups like C.A.R.E.? Take a look at who is leading them. 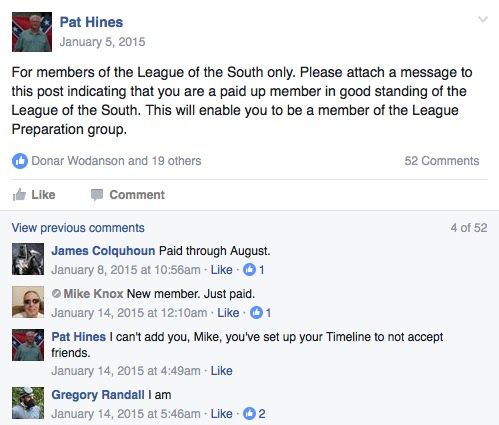 Mr. Randall has attended numerous Flagger events over the past few years. Very few people in the media have asked Susan Hathaway to explain their connection to individuals like Mr. Randall. The communities in which the Flaggers intervene have a right to know just who these people are and what they believe.