Boston Women’s March: Our Union Cause

Today my wife and I spent a beautiful afternoon on the Common as part of the Boston Women’s March for American. We joined roughly 125,000 people for a rally and march through the downtown. I love walking around the Common and Public Gardens surrounded by its rich memorial/commemorative landscape. We were on the opposite end from the 54th Massachusetts Memorial, but you can clearly see the recently refurbished Soldiers and Sailors Monument in the pic below. 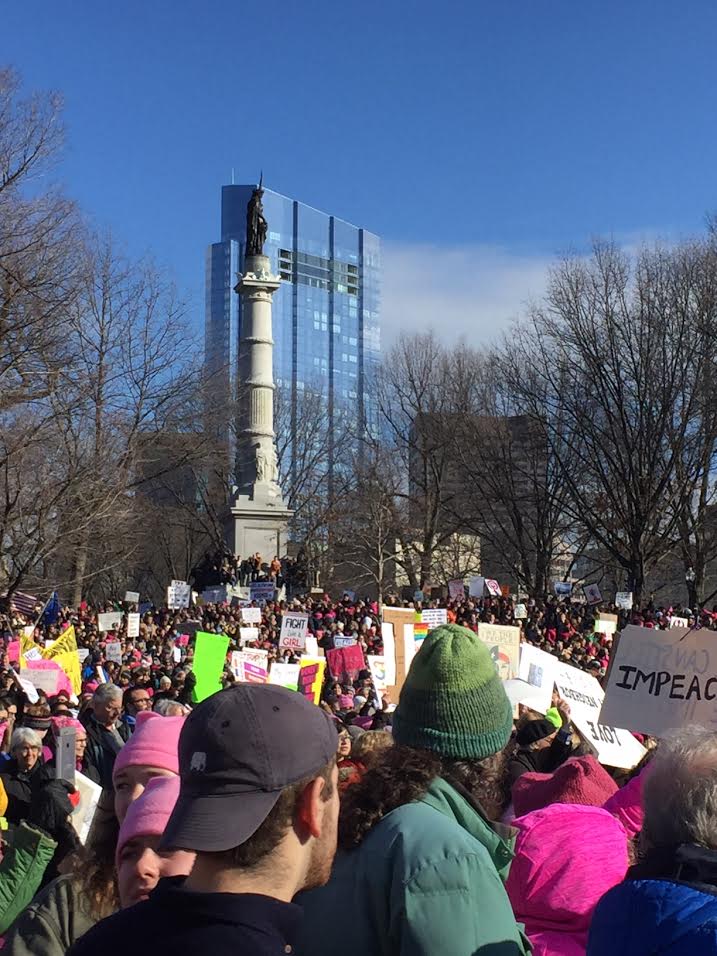 It was a great day to be a Bostonian and an American.