Events have never turned out well for Confederates and neo-Confederates when shad is involved. During the early afternoon of April 1, 1865 Confederate general George Pickett abandoned the crucial intersection of Five Forks, for a shad bake hosted by General Tom Rosser. Pickett was unaware of a concerted Union advance that cost the Confederates this crucial crossroads and ultimately forced Robert E. Lee to abandon his defense of Petersburg.

One hundred and fifty-seven years later and the organizers of the Shad, Grapes and Grain Festival in Wakefield, Virginia have denied the Virginia Flaggers permission to rent an exhibit booth for this year’s event. 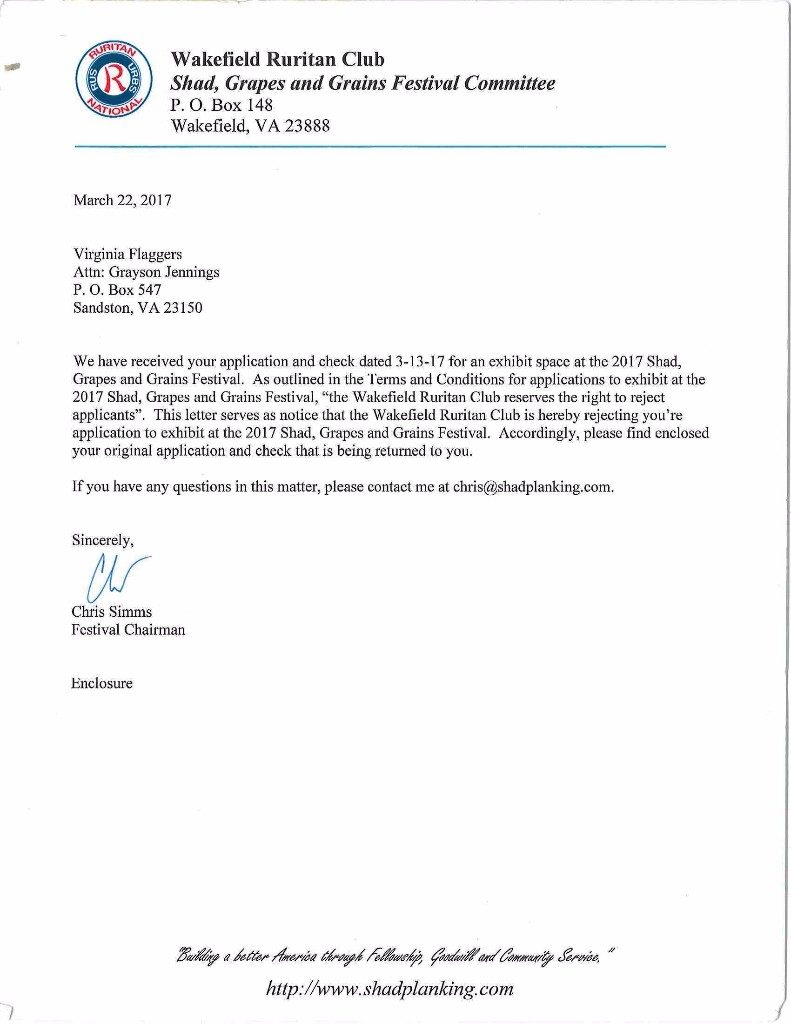 I assume this means that Wakefield will be flagged in the near future.

Confederate History Month has not been kind to the Flaggers this year. Their most recent flag in Rockingham, Virginia was removed. And beyond Virginia it looks like the city of New Orleans will begin removing its Confederate monuments in the next few days.

Previous post: And the UVA Job in Civil War History Goes To…