Earlier this week I traveled to Savannah to take part in the Georgia Historical Society’s NEH Summer Institute, Recognizing an Imperfect Past: History, Memory, and the American Public. This was my first time in Savannah and I had a wonderful experience. On Wednesday I led a 3-hour discussion about Civil War memory and the current debate about Confederate monuments. My audience was 26 undergraduate professors from around the country and from a wide range of disciplines.

It was one of the most enjoyable experiences I have ever had as a public speaker.

I want to thank Todd Groce and Stan Deaton for the invitation to participate as well as the rest of the staff at the GHS for all their work in putting this Institute together. It was an incredible honor to be asked to speak alongside the other visiting faculty.

In addition to speaking I had a chance to explore a bit of historic Savannah alone on foot and with the larger group for two organized tours. The most interesting tour explored the history of the city’s African-American neighborhoods, including Yamacraw Village. By the 1940s this neighborhood was re-shaped into a federal housing project that included a replica of the Hermitage Plantation home, which was purchased and demolished by Henry Ford in the 1930s. 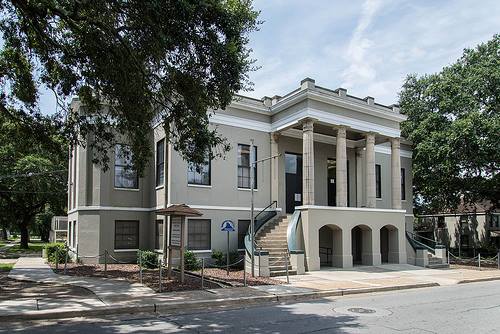 Essentially, what you have is a re-created plantation home at the center of federal housing project populated overwhelmingly by African Americans. As you might imagine this site stands in sharp contrast, on a number of levels, with the more popular tourists area in the historic district. I am going to do a little research and hopefully write a short essay about this jaw-dropping building.

Three days was certainly not enough time to explore Savannah, but with an invitation to participate in next year’s Institute already extended and confidence that the NEH’s budget will not be slashed, I look forward to returning next June.

I am incredibly lucky and grateful to be able to do what I love.