Shelby Foote’s Flawed Understanding of Slavery and the Civil War

I don’t want to get into a debate about whether or not Shelby Foote is properly described as a historian. What I can say is that after reading an interview with him in Confederate Veteran magazine in 1991, I can safely conclude that his understanding of the history of slavery and the Civil War is fundamentally flawed.

His comments were prompted by the interviewer, who suggested that the interpretation of slavery presented in Ken Burns’s PBS series, The Civil War, was problematic. Here is Foote’s response. 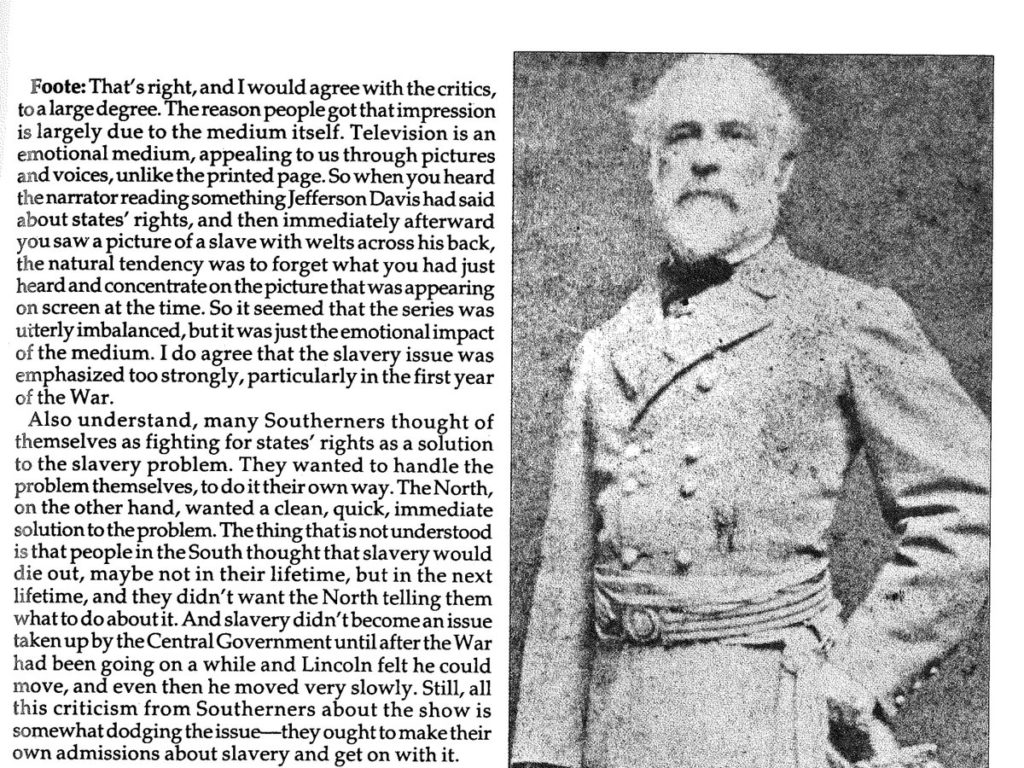 This is not even close to a reasonable interpretation of slavery, even in 1991. Foote never had an understanding of even the basic facts related to slavery and the Civil War.

Next post: The Ultimate Failure of the Black Confederate Narrative