Today I am blogging from Charleston, South Carolina, where I am working with students at Ashley Hall. Today I took part in a student-led discussion about four readings that deal with the ongoing controversy here about the John Calhoun monument and Confederate monuments.

Talking about monuments in a place like Charleston presents its own unique challenges. The city’s commemorative landscape is a shrine to the Confederacy. But there is more to this story than just monuments. It is the place where the Civil War began. Tourism here thrives on a Lost Cause narrative. And finally it is the place where the murder of nine innocent churchgoers sparked this most current debate about Confederate iconography.

You can’t walk the streets downtown without constantly being reminded that this is a city that slaves made.

With that in mind I have to say that this student discussion was one of the best that I have ever witnessed. I am even more convinced that community’s across the country, dealing with these tough issues, would do well to engage their student population.

Tomorrow I will address the student body followed by a Q&A with the students from today. This afternoon I took a long walk through the city that took me to Marion Square, where the Calhoun monument is located. The mayor organized a committee to revise the panel text that will hopefully result in a panel that is more informative. As you might imagine, this has been a rocky road. 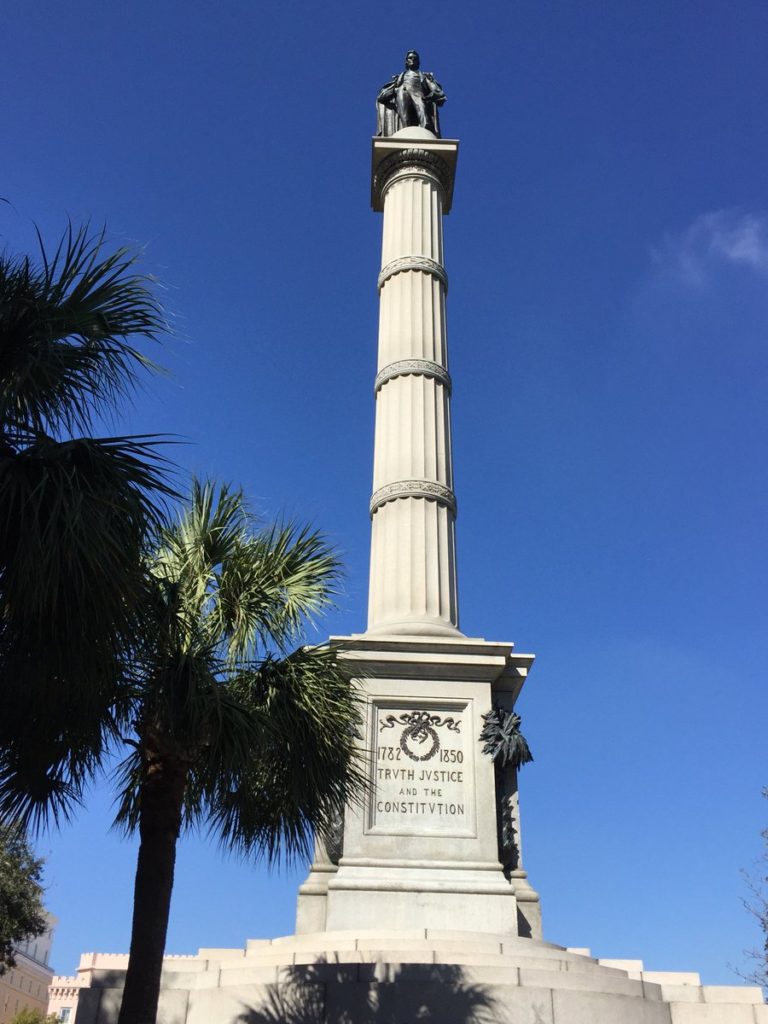 But as I walked through the square I was reminded that any interpretation of the monument must consider the surrounding landscape. The monument is within eyesight of multiple church spires, where congregations were taught that God approved of slavery and that it was part of a natural order that placed whites in the position of guardians for the purposes of civilizing the black race through the introduction of Christianity. 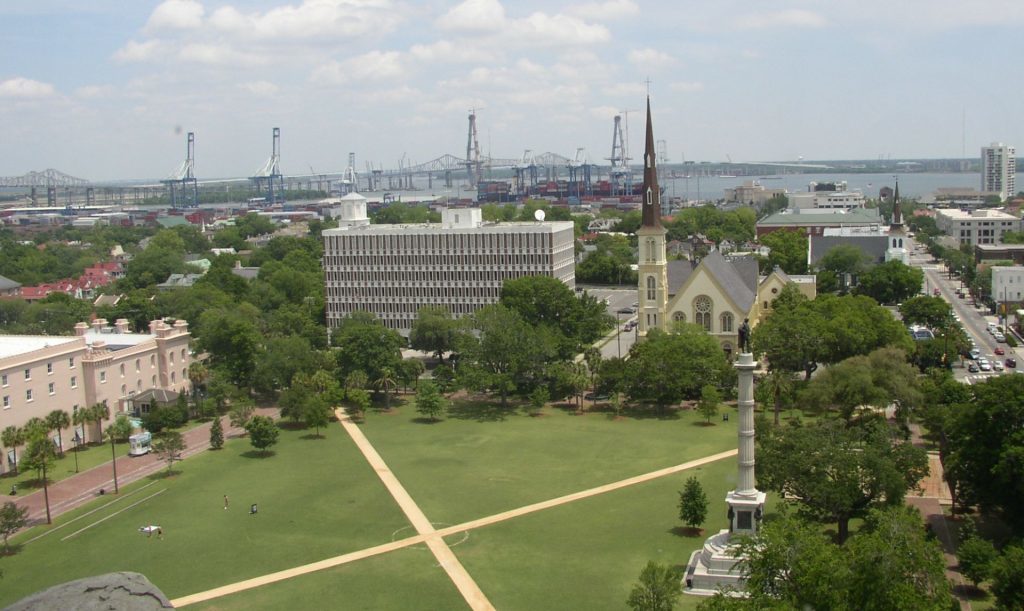 Behind the monument is the Citadel, which was constructed following the failed slave rebellion led by Denmark Vesey to prevent future insurrections. In one small space you have a monument to a man who provided the intellectual foundation for the pro-slavery argument, churches that imparted a religious justification and an institution that enforced it when necessary.

And then there is Vesey himself. For years local groups attempted to convince The Washington Light Infantry and Sumter Guards, who own Marion Square, to allow for the dedication of a statue to Vesey near the Calhoun monument. They refused and the Vesey statue was eventually dedicated in nearby Hampton Park.

No statue to the leader of a failed slave rebellion and the victims of slavery, but the owners did approve of a memorial to the victims of the Holocaust, which I find very curious. 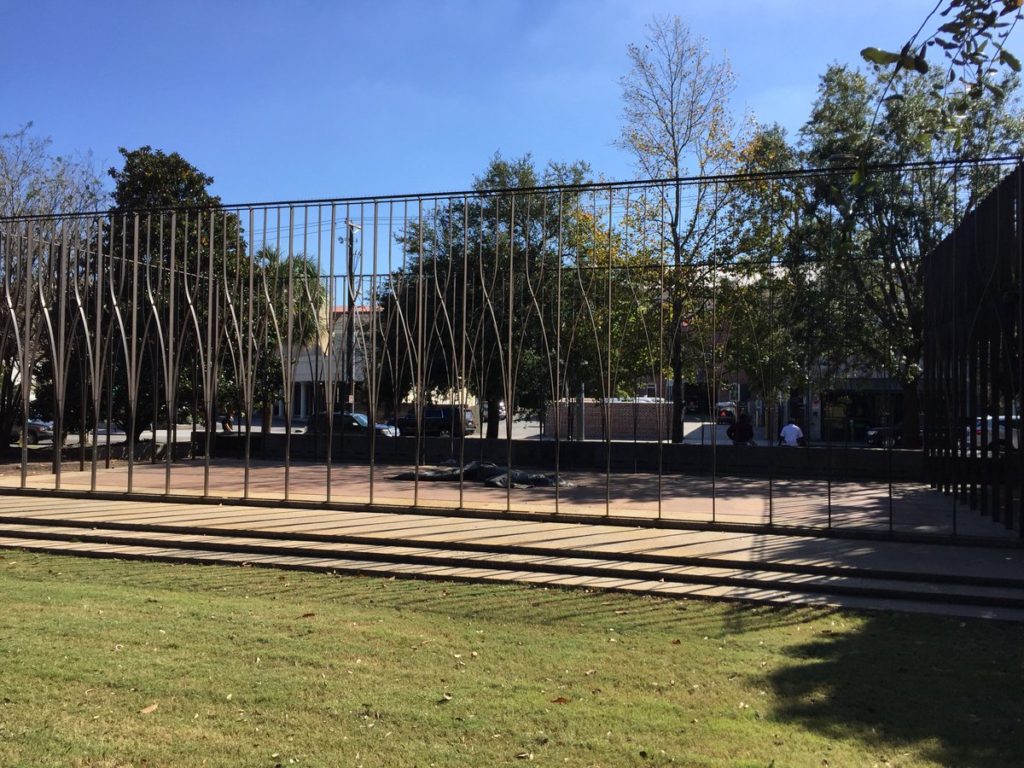 Leave a Reply to RobertCancel reply