Last night the city of Memphis removed monuments to Nathan Bedford Forrest and Jefferson Davis. In Forrest’s words, they ‘kept the skeer’ on them and it finally paid off. In 2013 I wrote this piece on the controversy surrounding the Forrest monument for the Atlantic.

The city got around legislation limiting the removal of monuments on “public property” by setting up a private nonprofit corporation called Memphis Greenspace, Inc. The property was sold yesterday, which made the removals possible. It will be interesting to see if other towns and cities make similar moves.

The timing is important. In April the city will commemorate the 50th anniversary of MLK’s assassination, which will bring people from all over the world to Memphis, but beyond that, no city should have to maintain a monument to a man who sold the ancestors of Memphis residents, massacred black Union soldiers during the Civil War and helped to organize the Ku Klux Klan after the war. 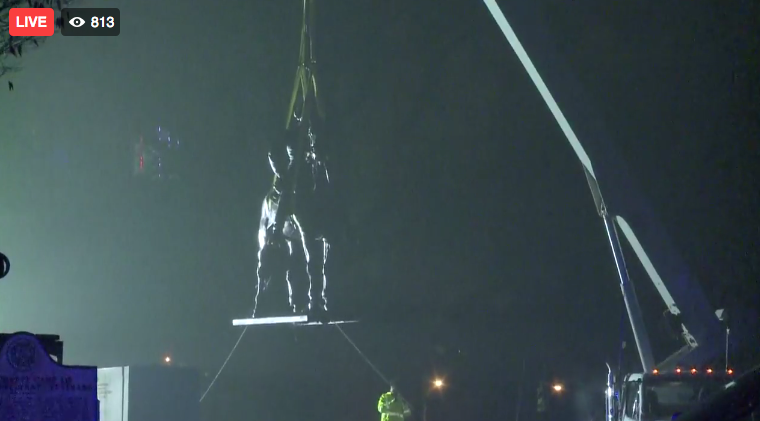 A case can be made that the memory of Forrest is more important today to neo-Confederates than even Lee and Jackson.

The removal of Forrest and Davis is a reminder that this recent wave of monument removals has yet to crest. It is also a reminder that removing these monuments does not erase history. All you have to do is look around to see that we are still living with Forrest’s legacy.

I only wish Shelby Foote were alive to see it.