*Upon the Fields of Battle* One Step Closer to Publication

Congratulations to Andrew Bledsoe and Andrew Lang on bringing their forthcoming collection of essays one step closer to publication. Yesterday the editors shared the cover art for Upon the Fields of Battle: Essays on the Military History of America’s Civil War, which will be published later this year by LSU Press.

This volume brings together some very talented historians, including both veterans and young scholars just beginning their careers. I am honored to be included, though I have to admit to feeling a bit like a fish out of water. 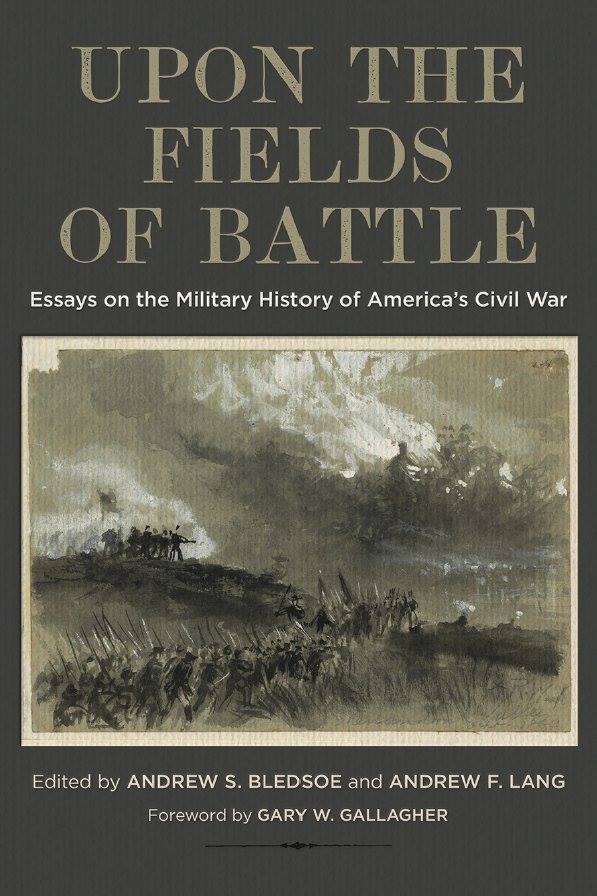 Both of the editors have recently published their first books. Having read both Bledsoe’s Citizen-Officers: The Union and Confederate Volunteer Corps in the American Civil War and Lang’s In the Wake of War: Military Occupation, Emancipation and Civil War America, I think it is safe to say that the field of Civil War military history is alive and well. Both books are well worth reading and have been incredibly helpful as I continue to research the life of Colonel Robert Gould Shaw.

I will certainly keep you updated as the project moves closer to completion and is available for pre-order.

Previous post: Blight and Glymph Take Us *Beyond Freedom*