Confederate Monument in Georgia to be Removed 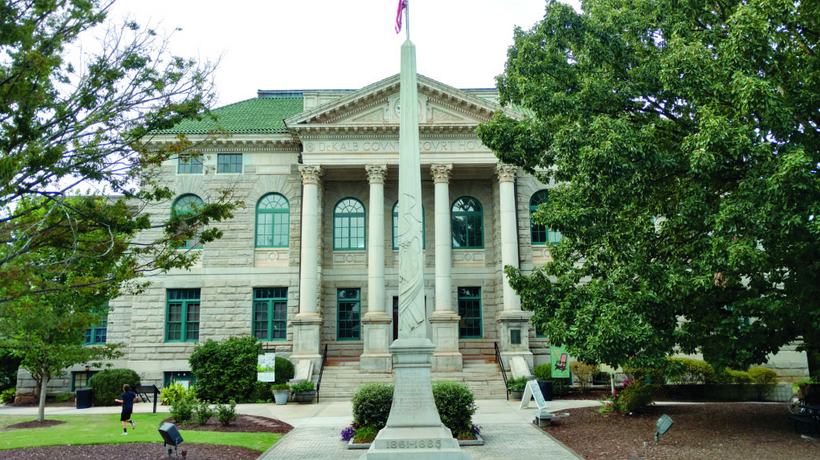 Earlier today county Commissioner Jeff Rader told a local news station that  DeKalb County has decided to remove the Confederate monument located in front of the Dekalb County Courthouse in Decatur, Georgia. The monument was dedicated on April 25, 1908, just two years after the Atlanta race riots, which left dozens of African Americans dead.

The principle speaker during the dedication of the monument was Hooper Alexander:

Altho my life, politically and personally, has been in constant strife with the leaders of our Southern people, yet, as I grow older, I have learned, not only to respect and esteem,, but to love the great qualities which being to my fellow citizens of the Southern states. They are a noble race. We may well take pattern from them in some of the great virtues which make up the strength as they make up the glory of free states. Their love of home; their delicate sense of honor; their constancy which can abide by an opinion or a purpose of interest of their states, through adversity and through prosperity, through the years and thru generations, are things which the North may take a lesson. But this April Day, after 43 years have been busy at the task of gathering home the sons and daughters who have so loved her well we sat here on this hill today a shaft of granite rock dug from the old red soil of Georgia and in the face of it with chisels it is graven that Another generation bears witness To the Future that these men were of a covenant keeping race, who held fast the faith as it was given by the fathers of the republic.

Just another indication that this debate is far from over.