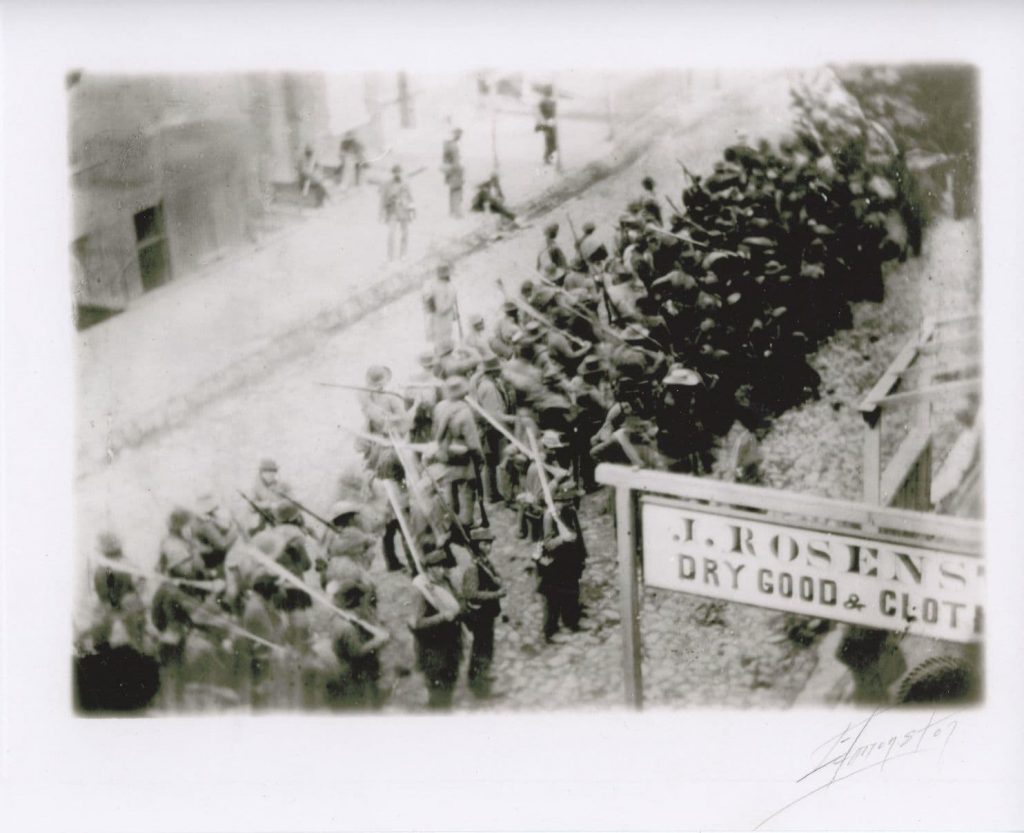 Last week it was announced that one of the most iconic photographs from the Civil War era has been misidentified. I don’t mind admitting that I found this news to be a slightly jarring experience. The photograph of Confederate soldiers in Frederick, Maryland transports us back to September 1862, we believed, just days before the battle of Antietam. These Confederate soldiers survived the brutal fighting around Richmond and at Second Manassas before entering United States territory for a showdown with the Union army that might bring an end to the war and independence.

Looking at this photograph we know what awaited these men. At least we thought we knew.

Paul Bolcik and Erik Davis have discovered that the photograph was, in fact, taken in July 1864 as part of an invading force under the command of Confederate General Jubal Early. Rather than marching west out of Frederick in 1862, these soldiers were headed east to threaten Washington, D.C.

So many of our photographs of Confederates from the Eastern Theater in 1864 are set in the earthworks around Petersburg, Virginia. We don’t have many visual reminders of a defiant and threatening Army of Northern Virginia. But these men appear to be well armed and clothed. No one appears to be marching without shoes and if you look closely these men appear to be marching with confidence.

This is not the army that Lost Cause writers portrayed in the post-Gettysburg phase of the war.

It would be easy to exaggerate the threat that Early’s invading force posed to the defenses of the nation’s capital. We know that it would ultimately prove unsuccessful, but our understanding of this photograph is a reminder that the war was far from over. Lincoln himself doubted that he would be re-elected. The trajectory of a war that now included emancipation on the table could still be lost.

An independent nation committed to the extension of slavery in the western hemisphere was still possible.