The Confederacy Loses Again in Virginia

I would be remiss if I didn’t acknowledge the defeat of Republican Corey Stewart in Virginia last night. His Senate race against Democrat Tim Kaine was called right after polls closed. No politician has embraced the memory of the Confederacy more openly than Stewart over the past few years. This transplant from Minnesota was welcomed with open arms by Confederate heritage groups like the Virginia Flaggers.

He also inspired and rallied support from a smattering of white nationalists like Jason Kessler. 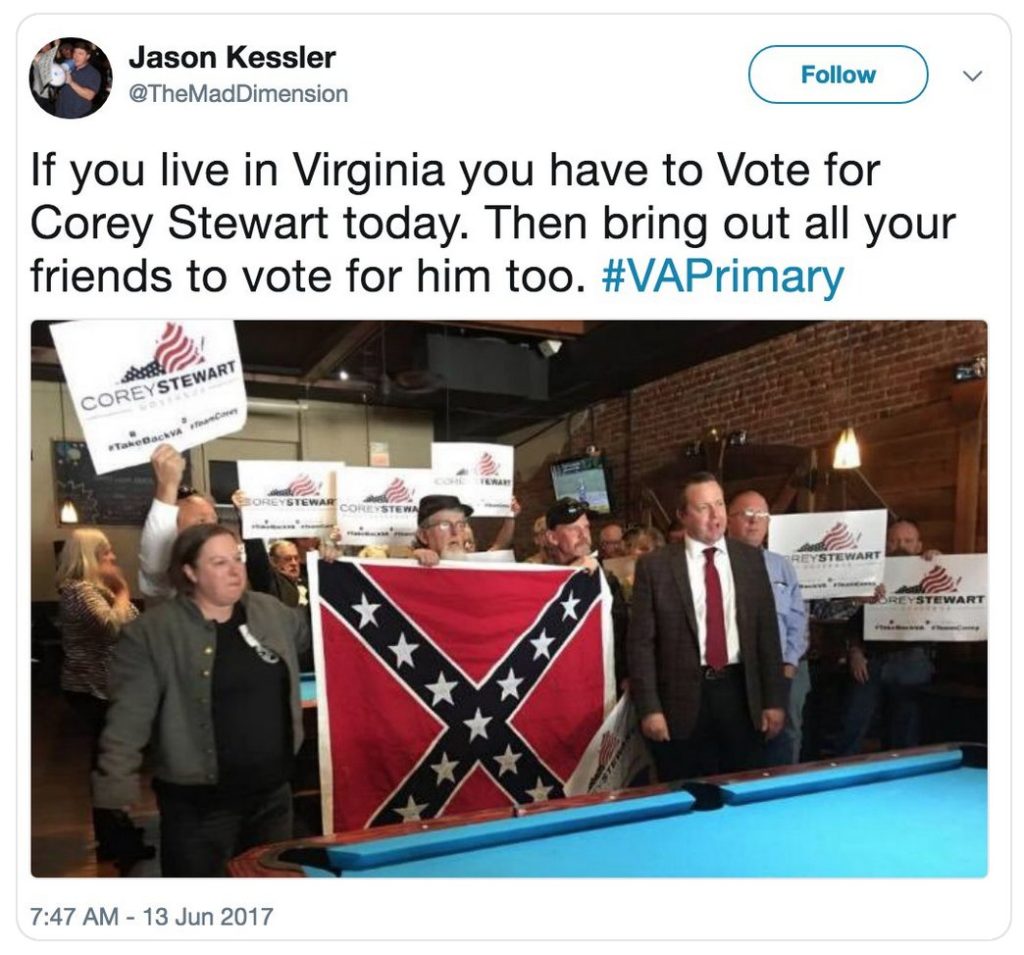 This is certainly encouraging news, but it is unclear what, if anything, it means for the ongoing debate about Confederate monuments. Stewart demonstrated that the defense of Confederate monuments and embrace of the Lost Cause will not win an election in Virginia and may even be a liability. This may send a signal to other politicians to steer clear of this issue.

For now it’s enough to celebrate the defeat of Stewart’s not-so-unique brand of hate and nostalgia for a Confederate past that is thankfully ‘gone with the wind.’

Next post: The American Civil War as Regular and Irregular War