This blog post title pretty much says it all. This morning the city of Winston-Salem removed a Confederate statue that had been sitting on the courthouse square since 1905. It will be relocated to a local cemetery. I don’t know if this is exhaustive, but here is a list of monuments/memorials, flags and other Confederate symbols that have been removed or relocated since 2015.

In other news, a bust of Robert E. Lee was knocked over in Fort Myers, Florida. 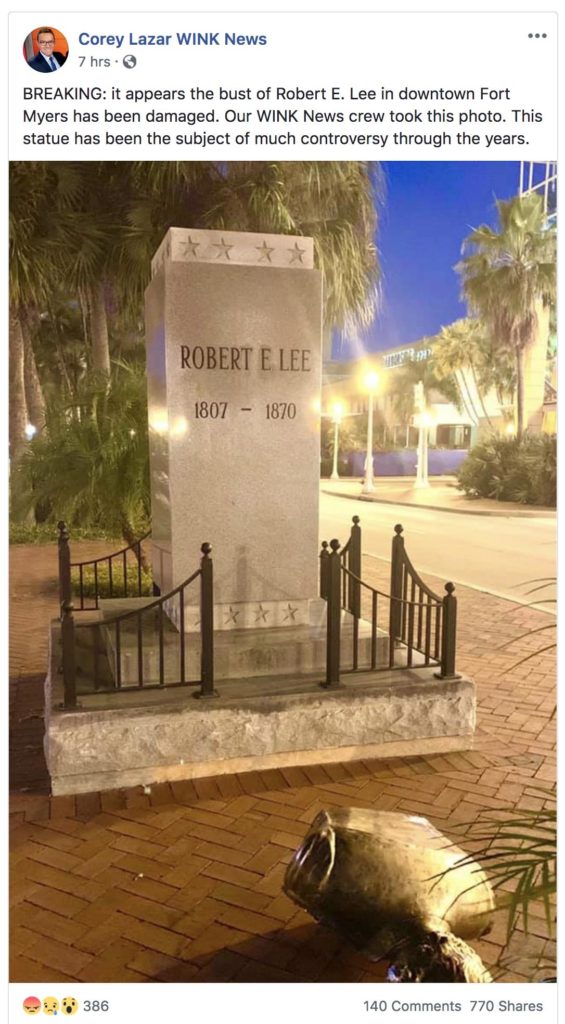 Another bad day for the neo-Confederate community.

Next post: Victor David Hanson and the Republican Obsession With Confederate Monuments