During the summer months I devote part of my time to leading student tours of Boston. Some of those tours, like the one I led this morning, are through a collaboration with a large tour company here in town. The tours I lead are specifically focused on the history of the black community that thrived on Beacon Hill during the nineteenth century.

The tour went extremely well. A number of students approached me at the end to thank me personally. One student even shared that it was the first history tour that she actually enjoyed.

Their group leader, however, was not pleased with my 2-hour tour. As far as he was concerned what I had covered was not American history. I took this to mean that the stories I chose to cover were not that of the Boston Tea Party, Boston Massacre, Bunker Hill and the individuals I chose to highlight were not Sam Adams, John Hancock, and Paul Revere.

Of course, I immediately responded that everything I covered on the tour is American history. In fact, I framed this tour by suggesting to the group that the stories we would explore are just as important as anything they would hear on the Freedom Trail that winds from the State House all the way to Charlestown and Bunker Hill.

The brief conversation with the group leader is a reminder that we still have a ways to go in reaching beyond the traditional narrative here in Boston and beyond. I say this while fully acknowledging the important work that museums and historic sites continue to do here in Boston and the surrounding area to highlight African American history.

I enjoy this specific tour because it gives me the opportunity to introduce tension and complexity by asking participants to think about the relationship between history and memory. 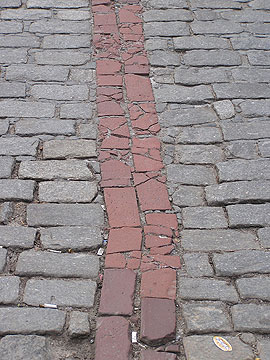 After providing a brief overview of the State House at our first stop we literally walked off the bricks that guide visitors along the iconic Freedom Trail. I ask students to think about its significance, how it both defines what is important and worth remembering and what, as a result, is left out of the narrative.

Our second and longest stop takes us to the African Meeting House and Abiel Smith School along Joy Street on the backside of Beacon Hill — the center of the black community in the nineteenth century. I talk about the two buildings and introduce students to black men and women, who led the call for civil rights and the end of slavery. I read selections from David Walker and others. I focus quite a bit on their response to the Fugitive Slave Act in the 1850s. I ask students to think about why these stories of “resistance to tyranny” are not as well known compared with the dumping of tea into the harbor and other forms of resistance in the 1770s.

In focusing on this history we are also pushing back against decades of historical memory. Finally, I ask students to think about how the neighborhood has changed since the nineteenth century and why few tourists walk its streets in search of these stories.

These are admittedly tough questions, but what is the point of visiting historic sites if we are not willing to face the complexity of our past?

From there we move to the Shaw/54th Mass. Vol. Infantry Memorial to talk about the black community’s role in raising black soldiers and their efforts to commemorate Shaw and his men after the war. The memorial beautifully celebrates the sacrifice of these men and their role in the war, but I also like to use it to raise tension in the narrative. I point out that at the same time Boston was celebrating its brave black soldiers in 1897 the African American community was being pushed off Beacon Hill resulting in one of this country’s most racially segregated cities. 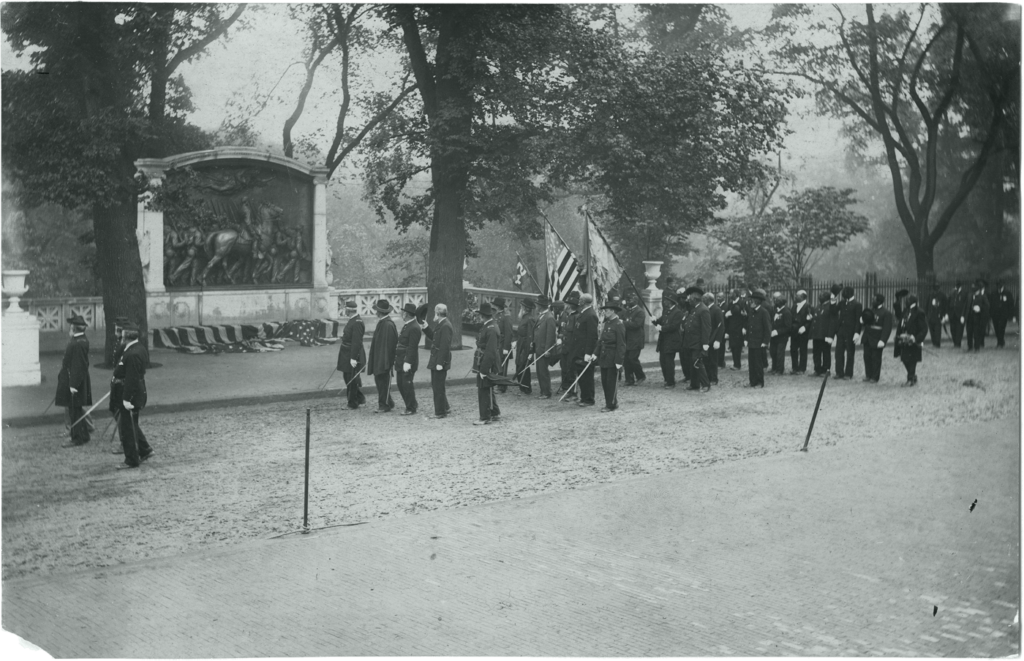 Pointing this out does nothing to undercut the memorial itself, but once again it does force students to confront the complexity of the past from a different angle. Another place I try to introduce this tension is at Park Plaza, where you can see a copy of Thomas Ball’s Emancipation Memorial. It stands in sharp contrast with the black men marching with Shaw across the street from the State House.

I use it to talk about the ongoing debate about Civil War monuments and why we are now hearing calls to remove/relocate some of them, including the Emancipation Memorial.

We end in the Public Garden by exploring some beautiful statues of white abolitionists. By this point most of the students are tuned into the gap in our local memory. There is nothing that commemorates Boston’s black abolitionists.

My goal is to connect these students to a new place and to give them the opportunity to think about themselves within the context of a broader historical narrative. We can do this with a wide range of narratives about the past. As teachers and as guides we need to be creative, but we also need to be willing to take chances and have the difficult conversations.

Ultimately, my goal is to help people make meaning of their lives.

This is my tour in a nutshell and it is all part of American history.

Next post: The “Cornerstone” of the Army of Northern Virginia