The Virginia Flaggers are celebrating the beginning of Confederate History and Heritage Month. Unfortunately, they seem to be unaware of the fact that the Commonwealth of Virginia no longer officially recognizes it. 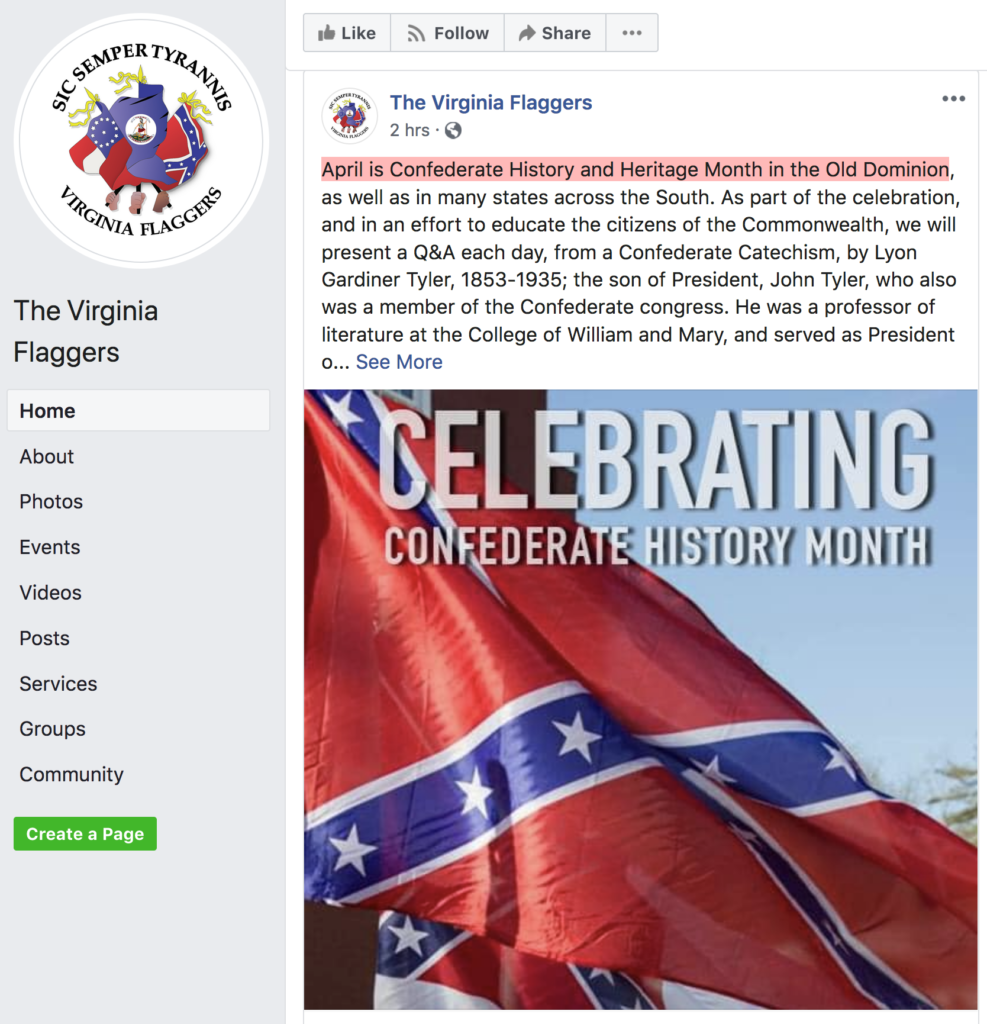 Now before you blame or praise the Democrats, who now control the state assembly, it might be worth remembering that it was a Republican governor who set this ball in motion.

In 2010 Governor Robert McDonnell signed a proclamation declaring April Confederate Heritage and History Month. Protests ensued over the proclamation’s failure to acknowledge slavery as central to the war and the Confederacy as well as its strong Lost Cause overtones. Eventually the governor apologized and promised to issue a new proclamation the following year, which he did. In April 2011 a proclamation was signed setting aside April as Civil War History in Virginia Month.

And if you are curious, here is the Confederate Catechism. It’s heavy on the heritage and very light on the history. 🙂