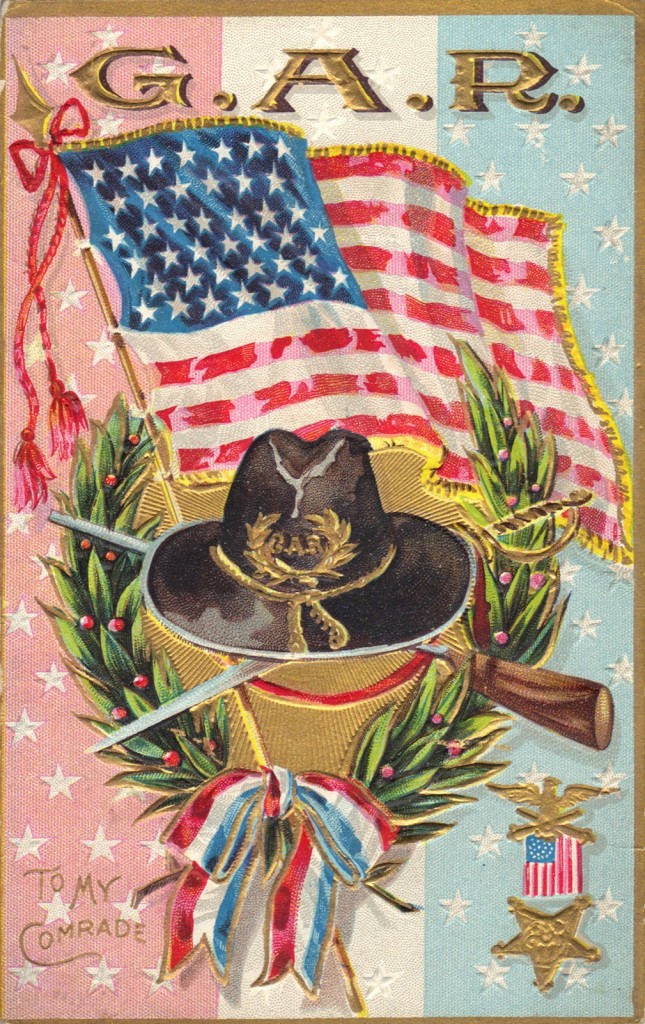 This week we are going to discuss chapter 4 in Caroline Janney’s book, Remembering the Civil War: Reunion and the Limits of Reconciliation. This chapter focuses on the dedication of some of the first Union monuments, the birth of the GAR and the politics of Civil War memory during Reconstruction.

The chapter’s narrow focus on this Unionist/Emancipationist narrative should not obscure the fact that its early development took place in direct opposition to the Lost Cause, which we will explore in more detail next week. Civil War memory is often framed as North v. South, but Janney clearly demonstrates in this chapter that even in the North there were disagreements over how the war should be remembered and commemorated.

Here are a few questions to guide your reading.