Ten Civil War Books That Made Me

Yesterday my wife and I were sitting in my library and she asked me to pick out ten books that have had the most influence on my understanding of Civil War history. I gave it a little thought and began pulling books off my shelves.

Here is what I came up with. 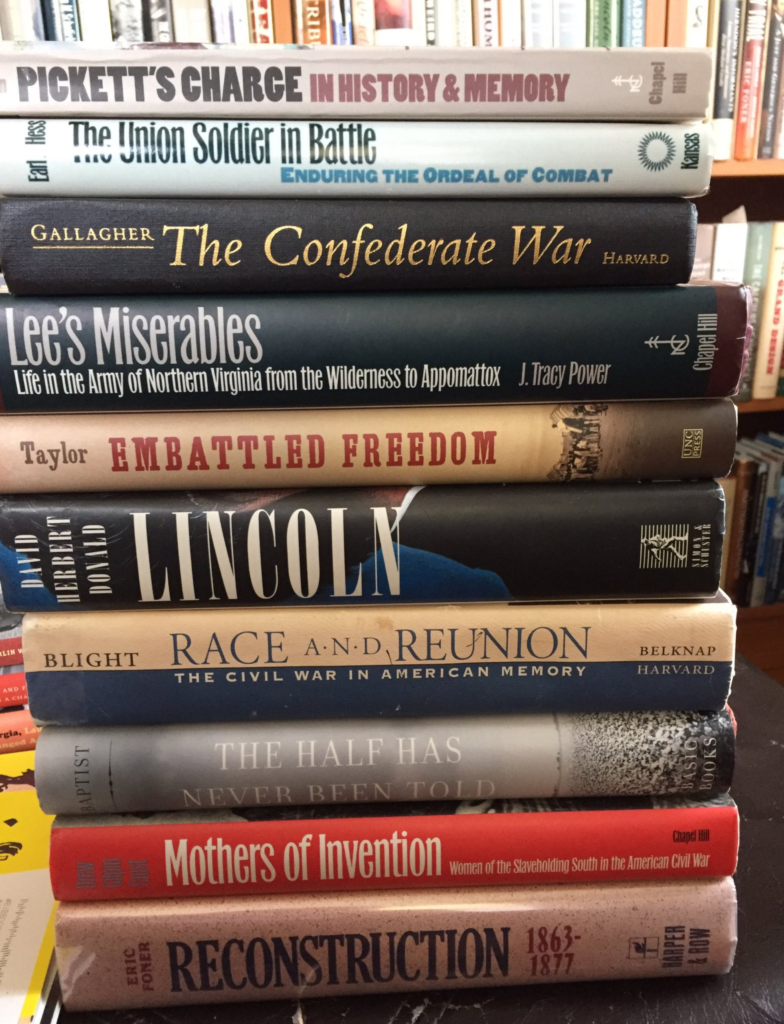 This is not intended in any way as a ‘best of’ or ‘most important’ list of Civil War books. These are books that have helped to shape the kinds of questions I think about, how I think about and interpret evidence, and how I understand the relationship between the past and present. It’s a very personal list.

Most of these books I read when I first became interested in the Civil War era back in the mid-1990s. I did not grow up with an interest in history. My parents did not drag me to historic places like Gettysburg. My introduction to the subject was through serious academic studies like the ones you see here.

I will always be first and foremost a student of history.

Leave a Reply to JoshismCancel reply