So This is the Historical Context You Were Looking For

If you had asked me not too long ago how to go about dealing with the debate about Confederate monuments I would have said that they need to be contextualized. By that I mean they need to be placed in their proper historical context through the use of wayside markers or some other medium, which can explain to residents and visitors when it was dedicated, who was responsible, and why. This has always been a popular approach among public historians and educators to dealing with this issue.

It didn’t take me long to realize, however, that this is no solution at all. In fact, it completely misses the crux of the problem surrounding Confederate monuments. Public historians have tended to proceed on the assumption that providing context will somehow defuse the problem. By contextualizing Confederate monuments the public will understand that the vast majority were dedicated during the Jim Crow era and that they largely reflected the values of the white population at a time of racial unrest.

The problem is that no amount of historical context can turn a monument from something that was intended to be venerated by the entire community into a classroom.

Activists calling for the removal of Confederate monuments will likely agree with the historical context provided by historians, but they will also see it as justification for their removal. On the other side, the most committed preservationists in the neo-Confederate community will likely view it as an attempt to undermine their preferred Lost Cause narrative.

One of the many surprises that I have experienced from afar in connection to the developing situation on Richmond’s Monument Avenue is the way in which the black community has appropriated the site of the Robert E. Lee monument. As I suggested in a recent op-ed at The Atlantic, more black Richmonders have stepped foot on Lee Circle in the past few weeks than the previous 130 years combined.

And among the most important activities they are engaged in is providing historical context for the monument. The most powerful example of this is the projection of historical figures onto the Lee monument at night. This began with the projection of the image of George Floyd early on, but it has expanded to include Frederick Douglass and Harriet Tubman. 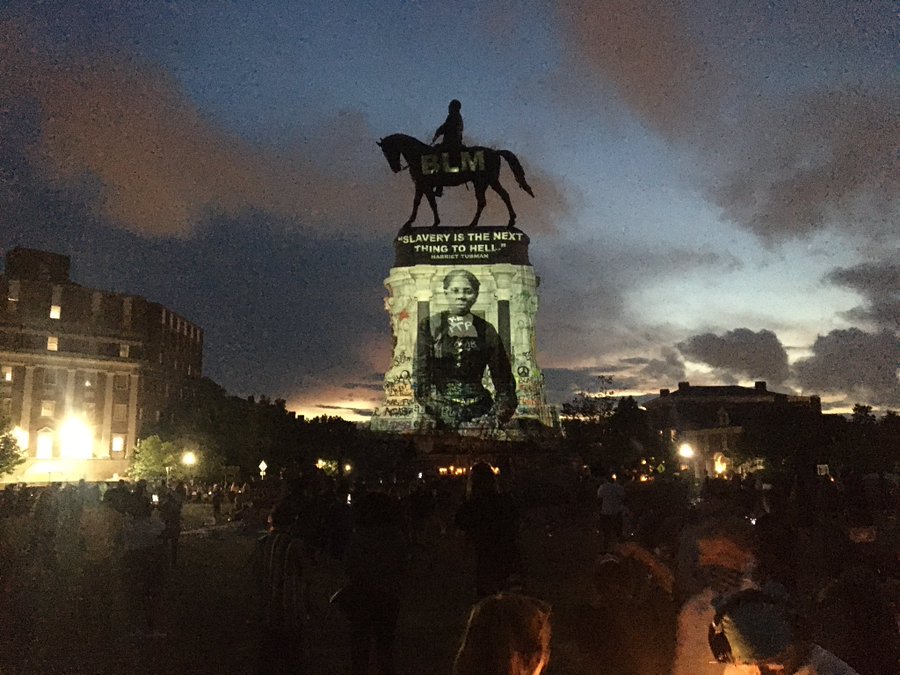 Projecting Tubman onto the monument goes even further by challenging gender assumption of martial virtue and laying claim to the very spot atop the pedestal that Lee has long enjoyed. 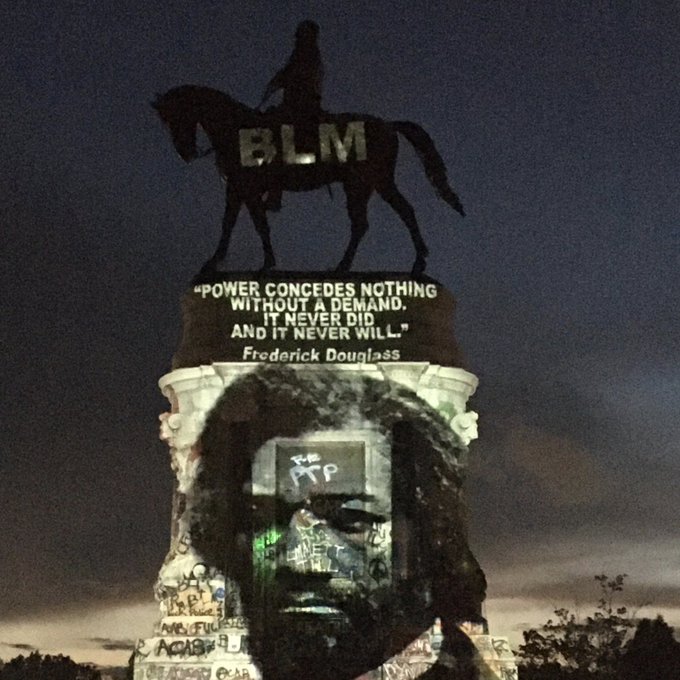 Projecting Douglass vindicates the concerns he expressed after the war on many occasions that dedicating monuments to Confederates would erase the memory of emancipation and undermine the continued push among African Americans to secure the rights of full citizenship. It also helps to explain why these monuments have become such popular targets in the wake of the police shooting of George Floyd.

It turns out historical context is very important in the transformation of our monument landscapes. We were just thinking too narrowly about what it entailed. What we are witnessing is historical context from the ground-up. It is both art and history lesson. Most importantly, it is performative. It never attempts to turn the Lee monument into a meaningless artifact. These projections acknowledge that for many people Confederate monuments still wield a great deal of power.

Some have suggested that the Lee monument ought to be maintained indefinitely and allow these projections to continue. I’ve thought this as well, but I suspect that most people involved in these activities view it as the final stage in a process that will end with the dismantling of the monument. It is the final act of taking ownership of both the physical site and its interpretation.

My hope is that the creativity that has been expressed at the Lee monument over the past few weeks finds a place in its redevelopment into something that represents the values of all Richmonders and where all feel welcome.

Next post: Should the Freedmen’s Memorial Stay or Go?

Previous post: Confederate Monuments Are Coming Down With No End In Sight