Gettysburg is a quiet town and has largely steered clear of the controversy and demonstrations surrounding Confederate monuments that have occurred elsewhere since the police killing of George Floyd. That is, until last week.

This is certainly not the first time that contemporary politics has found its way to the Gettysburg battlefield, but something has changed in recent weeks. Historian Jennifer Murray recently reminded her friends on Facebook that the Ku Klux Klan gathered at Oak Ridge in 1925 and has provided evidence that there may have been a cross burning at Steven’s Knoll in 1967. 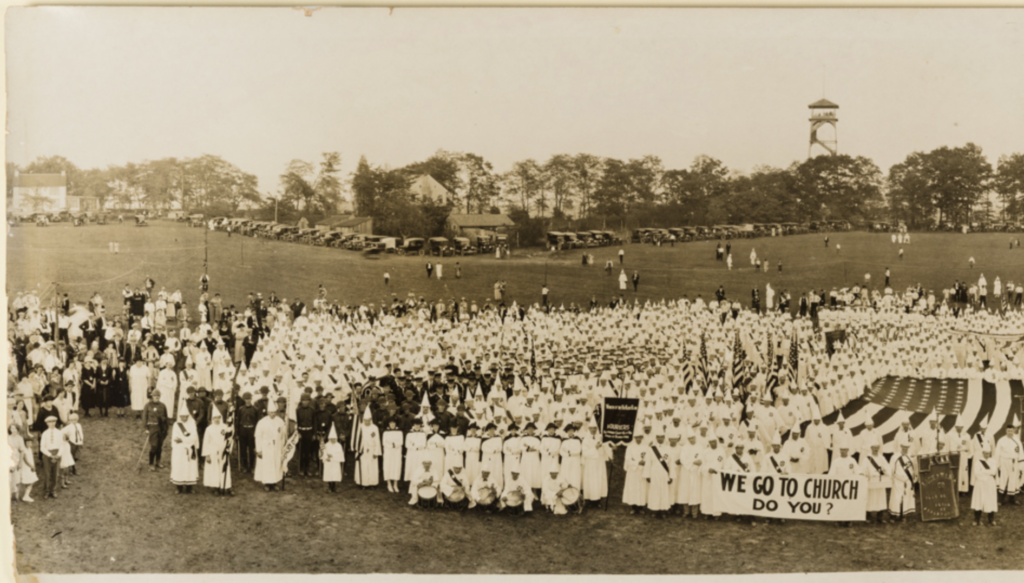 Park officials have announced that their Confederate monuments will remain in place. That will come as no surprise to many given the steps it would take to have them removed. I am not suggesting that they should be removed, but last week’s incident and the current discussion about Confederate monuments raises important questions about the role of the National Park Service in helping visitors understand why they are present on this battlefield and the ways in which their meaning extends beyond the confines of the 1863 battle.

I completely agree with Professor Hancock that the monuments need to be brought in line with the incredible job that the NPS does interpreting the battle in the visitor center. Any number of interpretive approaches might be embraced, including additional wayside markers that explain how some of these monuments reflect the politics of the Lost Cause as well as the Cold War and Civil Rights eras.

Let’s be clear. Gettysburg’s Confederate monuments are not windows to the 1863 battle simply because they are on the battlefield pointing in the direction of “Pickett’s Charge.” Their history is the story of the individuals and organizations responsible for their dedication at a specific time in American history.

The proper contextualization of these monuments, however, must extend far beyond acknowledging the place of slavery in this campaign. Yes, for a brief period in the summer of 1863 the institution of slavery entered the free state of Pennsylvania as part of a Confederate army that included roughly 10,000 enslaved men. The army displaced and kidnapped hundreds of free blacks in south central Pennsylvania and in Gettysburg. This is something that visitors should understand as they are standing at the North Carolina and Virginia monuments.

We also need to appreciate how the dedication of these battlefield monuments–along with those placed in prominent public spaces throughout the South–helped to mythologize and erase the story of African Americans during the Civil War era. In doing so we stand a better chance of understanding the ways that racism has manifested itself at different points in the past.

These are certainly not easy discussions to facilitate. There are land mines at every turn, but the country is currently engaged in this debate and will likely continue to be for the foreseeable future.

The Gettysburg battlefield is a wonderful landscape on which to explore the history of a great battle, but it has never been stuck in the past. Each generation imposes a new layer of meaning to the site.

Who will lead us forward?