On John Hennessy’s Retirement From the National Park Service

Last week John Hennessy retired from the National Park Service. His career spanned 40 years, beginning at the Manassas National Battlefield Park and ending as the Chief Historian/Chief of Interpretation at the Fredericksburg & Spotsylvania National Military Park. It is hard to think of anyone who has had more of an influence on how I think about public history and interpretation at our nation’s Civil War sites. I am proud to call John my teacher, colleague, and friend. 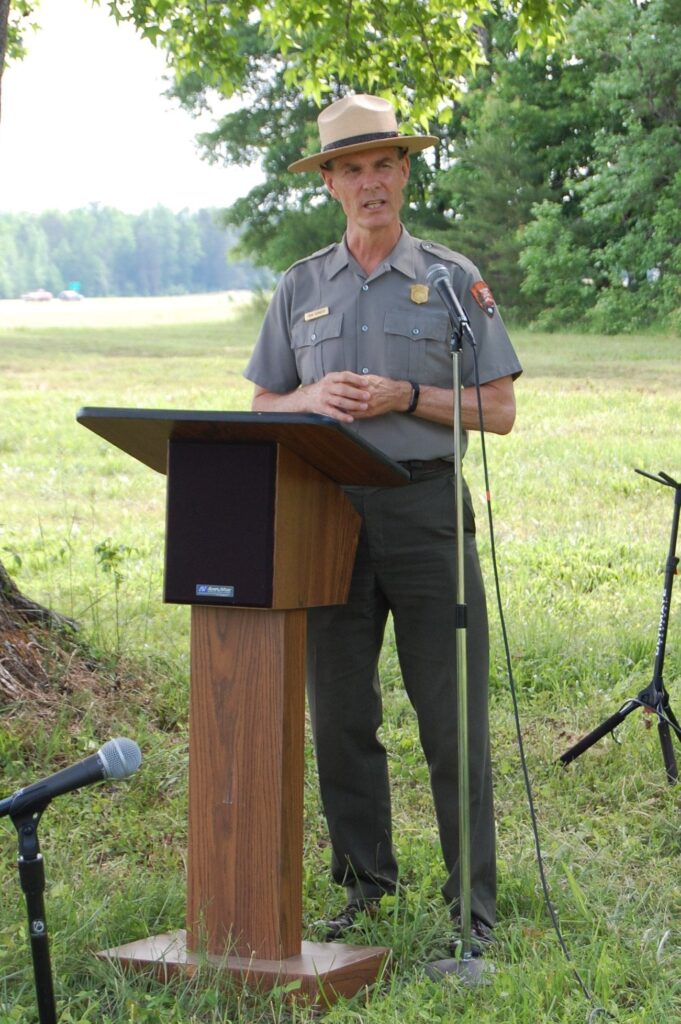 As part of the dedication of a book of essays I edited back in 2017, I described John as “one of those rare triple threats among public historians in the National Park Service”: scholar, public historian, NPS leader. Many students of the Civil War know John from reading his masterful account of the battle of Second Manassas as well as his many scholarly essays and articles that have been published over the years in edited collections, academic journals, and magazines. His scholarship has added immensely to our understanding of the Civil War era and has helped bridge the divide between scholars and general readers.

John is also a master storyteller, who has thought deeply about how to engage his audiences around some of the most complex and difficult subjects of the Civil War era. I remember asking John during an interview as part of the research for my first book on the history and memory of the battle of the Crater about how best to navigate these rough waters. His response: ‘Do good history.’ Engage the public around stories/narratives that are well researched and meaningful to visitors.

And that is exactly what John did throughout his career. John was perfectly willing to engage on an intellectual level about controversies surrounding interpretation—Should battlefields be used to discuss slavery and postwar debates about Reconstruction?—but on the field he let the history do the talking.

Nothing was off the table for John. He used local battlefields, cemeteries, and downtown Fredericksburg to educate, challenge, and even make people just a little uncomfortable with their prior assumptions. You left his tours and lectures not only knowing more, but with tough questions to ponder. ‘Why do Americans protect so much battlefield land and what does this say about how we see ourselves as a people?’ He asked his predominantly white audiences to reflect on why so few African Americans visit Civil War battlefields.

Even more importantly, John actively engaged segments of his community that had traditionally not been well served by NPS programming. I remember John discussing a tour he led for a local Black church and one attendee asking if he risked being fired for organizing such an event.

As the debate over Civil War monuments heated up John dove head first into addressing many of the essential questions that risked alienating visitors. He did this not simply to provoke or upset visitors, but out of a recognition that this is exactly why we preserve historic ground. John has always understood that these sites have the potential to make us better citizens.

John’s influence will be felt for decades to come from the many exhibits he has helped to create to his work with the next generation of NPS employees that have been influenced by his leadership. The last three decades has witnessed profound changes to how the Civil War era is interpreted at NPS sites and John was there helping to steer the ship every step of the way. Visitors are now exposed not only to a more expansive narrative, but also to the kinds of questions that serve as a reminder of why these places are so important to preserve in the first place.

I think I speak for all of us when I say thank you, John, for everything you have done to help preserve and interpret our nation’s most cherished and important historic sites.

There is so much more that I need to thank John for on a personal level, but I hope to do so in person at some point soon.

Next post: Richmond’s Robert E. Lee Monument Is No More