A Tough Week For The Virginia Flaggers

Last week must have have been a difficult one for The Virginia Flaggers as they watched the Robert E. Lee monument being removed from atop its pedestal and unceremoniously sliced in half. Its removal leaves the city’s famed Monument Avenue without any representation of the Confederacy for the first time since 1890. 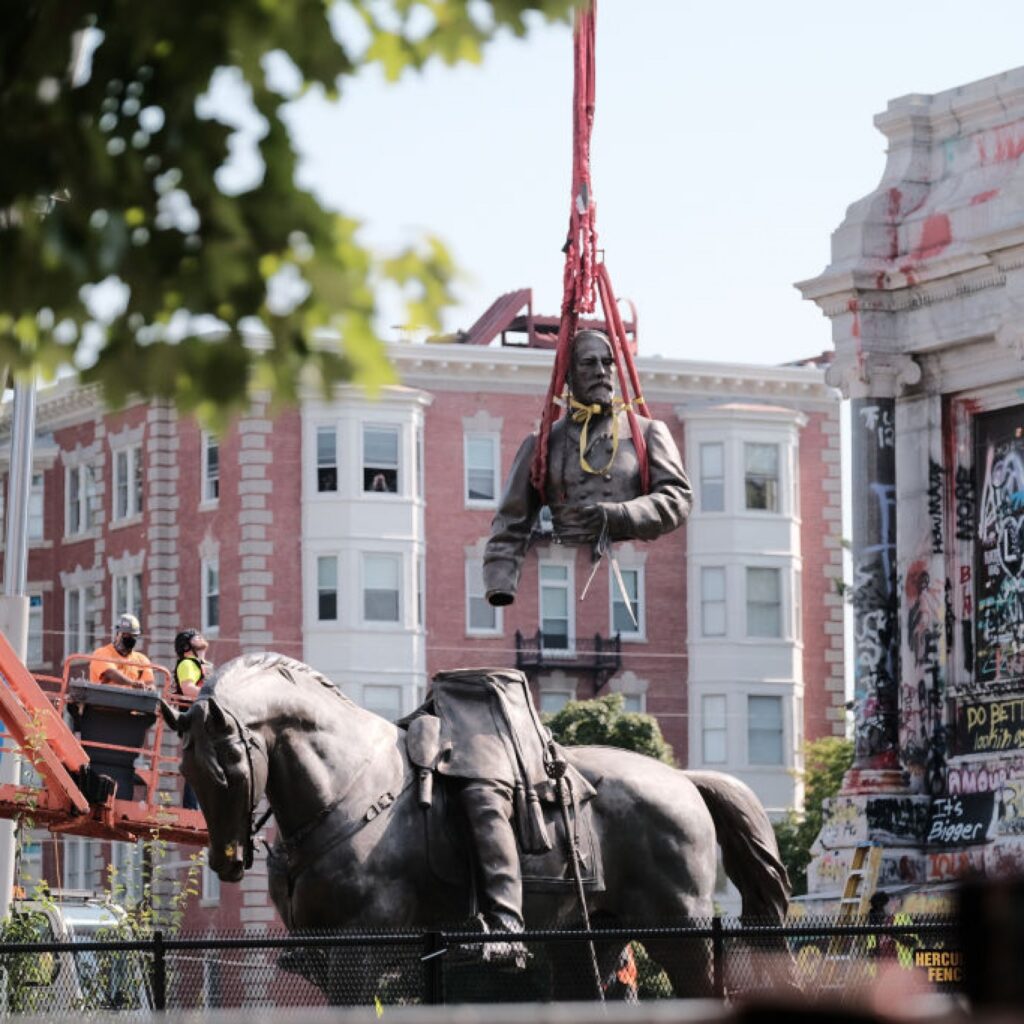 Who would have thought that Arthur Ashe would be the final man standing. Game. Set. Match.

The Virginia Flaggers formed 10 years ago in Richmond in response to the removal of a Confederate flag at the Old Soldier’s Home. Their protests were unsuccessful, but they managed gain some media attention through their weekly demonstrations along the Boulevard and for their association with white nationalists such as Matthew Heimbach and others.

They managed to raise a number of large Confederate battle flags on private property  along Virginia major highways, but in the end, their efforts to stem the tide of the removal of Confederate monuments from public spaces has been a complete failure—indeed, a Lost Cause.

Their failure is even more pronounced on their home turf of Virginia. Confederate monuments have come down across the commonwealth over the past few years. The Virginia Military Institute removed a statue of Stonewall Jackson. Washington & Lee University no longer openly celebrates Robert E. Lee. Earlier this year the city of Charlottesville removed two large equestrian monuments honoring Lee and Jackson. And the list goes on.

While they may remove granite, marble, stone and bronze, we are inspired and encouraged by the fact that the name of Robert E. Lee will be spoken with reverence and honor by true Virginians long after those behind the destruction and desecration are long gone and forgotten.

It’s hard not to see this as an attempt to mask the deep disappointment at having to witness the removal of the Lee monument from such a prominent public space—a monument that once reflected the values and shared past of so many of its citizens, even as the it reinforced racial segregation in the former capital of the Confederacy.

Don’t look for a declaration of surrender from the Flaggers any time soon. They revel in their role as oppressed caretakers of the Confederacy’s Lost Cause. Their continued presence serves as a reminder that the memory of the Confederacy has been clearly and publicly discredited forever. However many monuments remain, their removal constitutes little more than a mopping-up operation.