Robert Gould Shaw and Comradeship in the Second Massachusetts Regiment

Thanks to my friend Garry Adelman from the Battlefield Trust for posting this image of Robert Gould Shaw and his fellow officers in the Second Massachusetts Volunteers. It’s one that I don’t remember coming across before, but it’s incredibly revealing and one that I will likely include in my biography of Shaw. 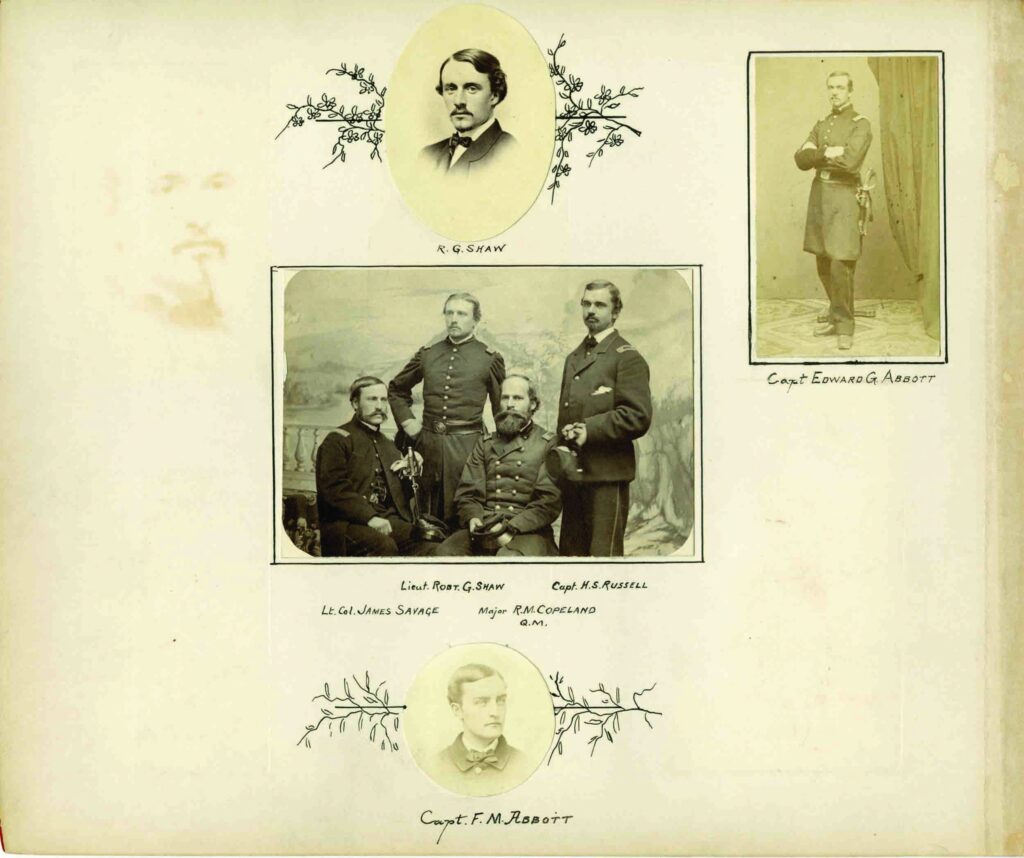 Source: Military Order of the Loyal Legion of the United States

First, it’s a reminder that Shaw spent most of his time during the war in the Second Massachusetts from June 1861 through to the first few weeks of 1863. But there is something else here as well. The photograph of Shaw alongside his fellow officers point to some incredibly important friendships that were nurtured during this period. I’ve been reading as many letter/diary collections from these men to get a feel for life in the regiment and more specifically their interactions with one another.

Most of these men hailed from elite families and attended and/or graduated from elite schools like Harvard. They shared similar assumptions about the purpose of the war, including what should be done about slavery and how civilians should be treated, but they were also challenged to think anew about these and other issues as the war dragged on.

The photograph and letters that I have read also point to a level of intimacy between these men. Shaw joined with some of the men above as messmates, a topic that is brilliantly explored by historian James J. Broomall in connection to Confederate soldiers:

A soldier’s messmates formed the center of an extended military family from which men drew strength by replicating their distant homes in military camps. (pp. 49-50)

Shaw and his messmates pooled their resources during periods of scarcity. They cooked for one another, shared letters from their respective families, recited poetry, and read literature to one another. The photograph, along with their correspondence, offers a window into their emotional worlds.

It is also, I believe, a key to understanding Shaw’s hesitancy in accepting command of the 54th Massachusetts. On the one hand, the death of close friends such as James Savage, who fell in battle at Cedar Mountain, left Shaw with fewer people to discuss what was an incredibly difficult decision. At the same time, friendships, that were strengthened as a result of the hardships of camp life and especially battle, were difficult to sever in favor of a new command.

It is impossible to understand Shaw’s understanding of the war and his brief command of the 54th MVI without fully grasping the importance of his time with the Second Massachusetts.

Previous post: Are We Heading Toward Another Civil War?