You Forgot to Mention…

I think if you are going to recognize the birthday of someone like “Stonewall” Jackson–even in something as simple as a social media post–you have an obligation to tell the full story. Jackson’s military exploits, including his flanking maneuvers, must be understood alongside the fact that he owned human beings, chose to make war against the United States of America, and ultimately gave his life in a cause to create an independent slaveholding nation that was committed to both protecting and expanding slavery.

Only then do you have a more honest and more complete picture of the man. 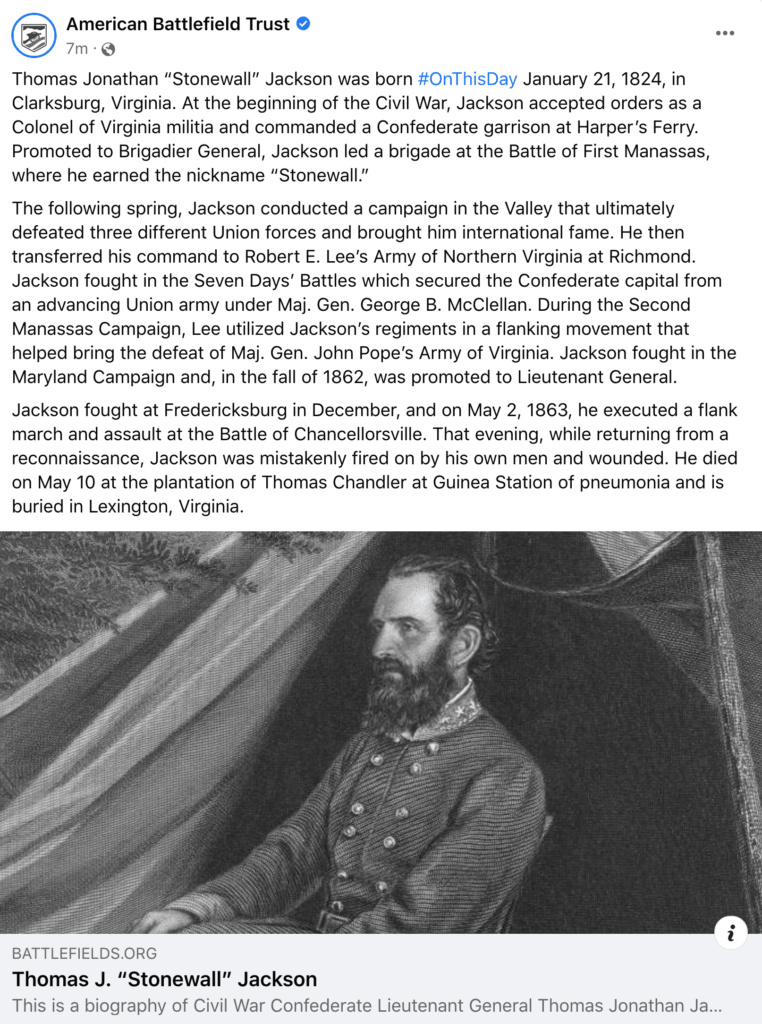 One of the reasons why I support battlefield preservation is because they help us to tell this story.