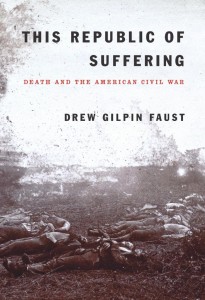 It’s time for the fourth annual installment of the best in Civil War books and blogs from the past year. This is an opportunity to acknowledge those books that have been both a pleasure to read and which have left me with a great deal to ponder. Once again this list reflects just a fraction of what I’ve read during 2008. Congratulations to the winners.

Best Civil War Blog: Robert Moore’s Cenantua’s Blog. Robert’s site is by far the most intellectually stimulating blog in the Civil War blogosphere. He reminds us that Southern heritage and memory is much bigger and more interesting than the narrow contours of the Lost Cause.

Favorite History Book of 2008: Rick Perlstein, Nixonland: The Rise of a President and the Fracture of America (Scribners).

Best Slavery Study: Thavolia Glymph, Out of the House of Bondage: The Transformation of the Plantation Household (Cambridge University Press).

Best Memory Study: Caroline E. Janney, Burying the Dead But Not the Past: Ladies’ Memorial Associations & the Lost Cause (University of North Carolina Press).

Some good things to look forward to in 2009: Richard Slotkin, No Quarter: The Battle of the Crater, 1864; Earl J. Hess, In the Trenches at Petersburg: Field Fortifications and Confederate Defeat; Daniel Sutherland, A Savage Conflict: The Decisive Role of Guerillas in the American Civil War.