On this day in 1864 William T. Sherman secured the city of Savannah, Georgia after marching his army 300 miles across the state. Upon arrival he wired the president the following: “I beg to present you as a Christmas gift, the city of Savannah, with 100 and 50 guns and plenty of ammunition, also about 25,000 bales of cotton.” Lincoln responded: “Many, many thanks for your Christmas gift – the capture of Savannah. When you were leaving Atlanta for the Atlantic coast, I was anxious, if not fearful; but feeling that you were the better judge, and remembering that ‘nothing risked, nothing gained’ I did not interfere. Now, the undertaking being a success, the honour is all yours; for I believe none of us went farther than to acquiesce. And taking the work of Gen. Thomas into the count, as it should be taken, it is indeed a great success. Not only does it afford the obvious and immediate military advantage; but, in showing to the world that your army could be divided, putting the stronger part to an important new service, and yet leaving enough to vanquish the old opposing force of the whole – Hood’s army – it brings those who sat in darkness, to see a great light. But what next? I suppose it will be safer if I leave Gen. Grant and yourself to decide. Please make my grateful acknowledgements to your whole army – officers and men.”

In light of the Christmas season, apparently some of Sherman’s men placed tree-branch antlers on their horses and played Santa for starving families. Why can’t Kunstler and Strain paint that scene? (LOL)

Now, back to your regularly scheduled program: 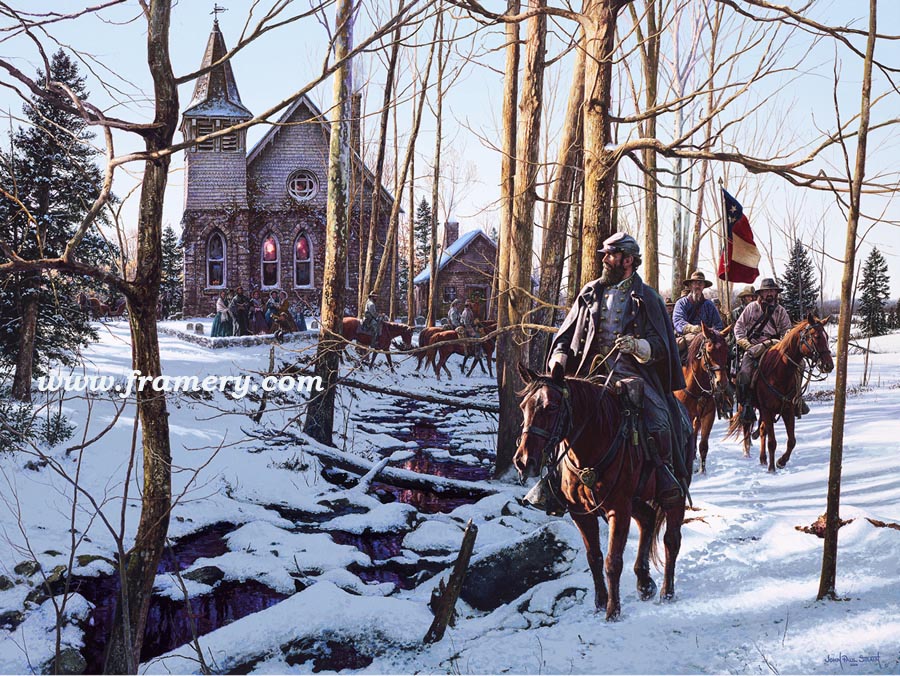 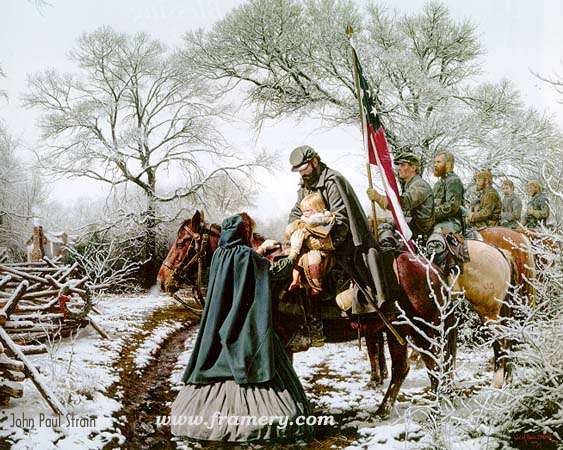 “The Christmas Carol” and “Christmas Blessing” by John Paul Strain

Next post: What Do You Get When You Combine a Singer from Michigan, a German Audience, and a Song About Alabama?