Civil War or War Between the States? 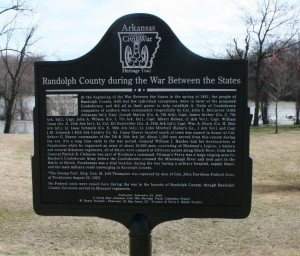 I recently came across a microfilm reel that included a reprint of a Senate debate from 1907 on just this question. The pamphlet was put together by Edmund S. Meaning of the University of Washington for the purposes of clarifying the official name of the war. Meaning had heard Senator Benjamin Tillman present a speech in which he described the war as “The War Between the States” as the official name adopted by the federal government. Meaning contacted Tillman and asked for documents related to the Senate debate and discovered that in fact the name adopted was “Civil War.” Here is an excerpt from that Senate debate for your consideration. The debate took place on January 11, 1907 and can be found in the Congressional Record of that date, pages 929 to 933.

Mr. Teller (Colorado): “So it can be said to have been a war between the states.

Mr. President, it is not very material whether you use the term “rebellion” or whether you do not. I insist that the term “rebellion” is a proper term. It describes the condition which existed from 1861 to 1865. It may be an offensive term; and yet it was a rebellion against the Government of the United States. We have called it a civil war. At first there was a disposition to feel that those people were not entitled to be treated as warriors under the rules of national war. But it was found to be so great a war that they must be so treated. They were so treated by foreign governments, as well as by our own.

When the war closed there was no treaty between the States and the General Government. There was no recognition of State lines at all. In every respect the war was treated as a war of citizens of the United States against the General Government. It will go down in history of the world as a rebellion of States, in the first instance, because the States did act. Then it became in the highest sense of the term, a civil war, a conflict between individual citizens of the United States, and upon that theory when the war was over the Republican party declared that each of those States had practically abandoned its organization.

Upon that question I do not care to take much time. I was disposed myself, although an ardent supporter of the war, to believe that we ought to have recognized the existence of the States, upon the theory that the States had not gone out of the Union at all, and that the difficulty had arisen by the action of the individual citizenship of the States and not be the States.

However, the party in power at that time did not so recognize the condition and the States were finally brought back into the Union, as it was said, which, according to my theory, they had never been out of.

I do not think it very important whether we call it the war of the rebellion or the civil war. I do not believe that now or at any other time will we be inclined, or the people of the United States will be inclined, to change the character of the war by declaring it to have been a war between the States. It was a war against the general Government by citizens of the United States who were in rebellion against the authority of the General Government at that time.”

Mr. Money (Mississippi): I do not consider, having been a rebel from start to finish, that there is any particular odium in that phrase. George Washington was a rebel.

Mr. Money: And so were all the heroes and patriots who established this Government. Some of them were slaveholders, including George Washington. There is nothing oprobrious in the term “war of the rebellion.” If it suits the fancy of Senators to call it by that name, it does not hurt me. I am quite accustomed to it, and I do not mind. But I was simply suggesting phraseology to meet the history of the case better. If Senators want to call it the civil war, they can do so. We contend it was not a civil war. It is quite true that men in Tennessee to the number of 32,000 went into the Federal Army, and I believe every single Southern State, except the State of Mississippi, furnished a regiment to the Federal Army. Mississippi furnished one, which was called the “Tigers” It was not composed of Mississippians, but of the fragments of regiments–the sick and wounded Federal soldiers at Vicksburg. But Mississippi was a wholly rebel, to use a common phrase, as any State could possibly be.

Kentucky and Maryland and Missouri sent the very flower of the Confederate army into the field. The best fighting men I ever saw came from those States, for the reason that they were not compelled to go to the front by local opinion, but went to the front contrary to that opinion, as many of them had to run the lines to get there, and they made all kinds of sacrifices.

I admit that if I had been in Massachusets I would have been in the Federal Army, and I guess if the Senator from Colorado [Mr. Teller] had been living in my town he would have been a member of my company; and I am not at all blaming anybody for the attitude he took at that time.

Mr. President, I do not want to take up time, but I happened to be at the door of the lobby of the Senate one day not long ago. It was the last session, near the close. There was ex-Senator Blair, of New Hampshire, as gallant a soldier as ever went to the field, now on crutches as the result of wounds inflicted by Confederate soldiers. He was shot three or four times. He called to me. I did not recognize him on account of my bad sight. We shook hands. I said: “What are you doing on these sticks, Blair?” He said: “You fellows hit me pretty hard three or four times, and it is beginning to tell on me since I have been getting old.” He said: “Did we get you?” I said: “Once; not much.” He said: “Are you not glad you got it?” I said: “I do not know. I have not regretted it.” He said: “I am glad I was hit.” We shook hands. He said: “Any man who was worth being hit ought to have been there either on one side or the other. If you had been in New Hampshire you would probably have been in my regiment.” I agreed that it was a great deal a matter of environment.

I make these remarks to show that I do not care anything abou the criticism. I make them merely in the interest of historical accuracy.