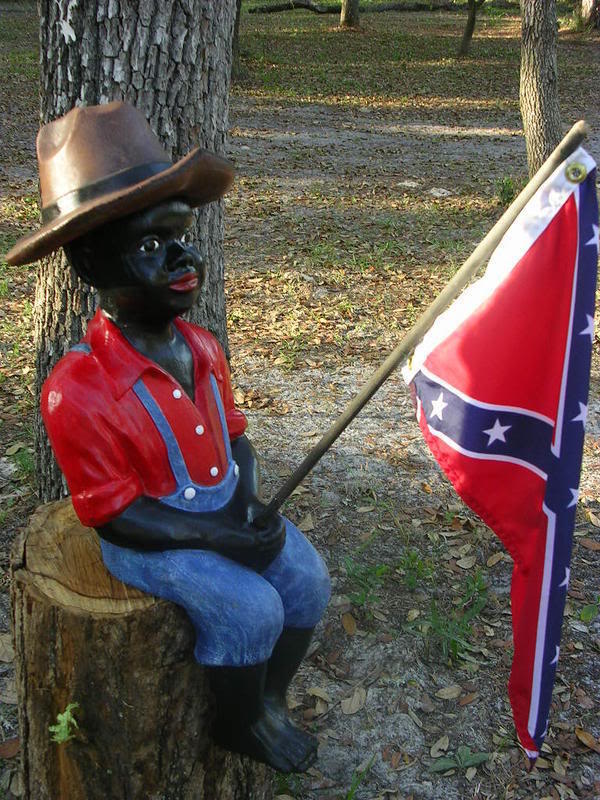 I think this is a question that anyone interested in this subject eventually has to come around to.  For the moment let’s set aside H.K. Edgerton and the very small number of African Americans who have involved themselves in this movement.  When you get right down to it, this is a subject that whites, who are mainly associated with Southern heritage groups are interested in promoting.  You don’t find black Americans celebrating the participation of freed and enslaved blacks in the Confederate army as part of Emancipation Day celebrations at the turn of the twentieth century and you will be hard pressed to find references to these individuals during the 1960s, at a time when the African American community had rediscovered its Civil War past as part of the broader Civil Rights Movement.

You don’t even find whites highlighting the sacrifices of black Confederate soldiers until relatively recently.  What you will find are plenty of ceremonies, monuments, and markers to the “faithful slave” that dot the landscape in parts of the South.   As I pointed out in a previous post the subject of black Confederates can be traced to the late 1980s- early 90s and I suspect in reaction to the success of the movie, Glory.  Why did the black community of Petersburg not recognize Richard Poplar before five years ago or even Weary Clyburn.  [Note: The evidence suggests that Poplar may have indeed served as a soldier, but I still have some questions about the documentation.]  What about the rest of the ceremonies that have taken place over the past few years?  Why are whites the ones who get so enraged when I write about this subject and question the veracity of claims made about these men?  Apart from one comment by H.K. Edgerton I have never heard from an African American who was upset with me for addressing this issue or believed that I was somehow denigrating the Southern past.  As some of you know I am currently co-authoring an article with a descendant of Silas Chandler, who is one of the most visible black Confederates.  It turns out that almost nothing about the popular account is right.

I guess we could explain this new direction in Southern history as one of whites coming to the rescue of African Americans in revealing a history that was somehow forgotten or even intentionally ignored.  No doubt, that is a comforting explanation.  Unfortunately, it’s a bit more complicated.  Perhaps the fact that the Confederate government and military explicitly denied the right of free and enslaved blacks the right to serve as soldiers has something to do with this.  That would leave us with the question of why whites are so interested in black Confederates.  Of course, I think I know the answer to this question.