A Different Perspective on Battlefield Preservation 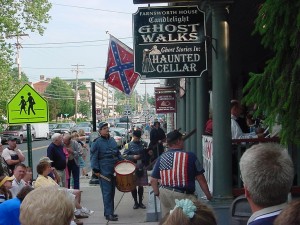 Let me be clear that I don’t want to see a casino built near the Gettysburg battlefield, but we’ve got to do better when it comes to making our case.  Enough with the sappy videos and the all-star cast of Hollywood movie stars and historians that no one has heard of.  And enough with the preserving the legacy of the men who fought here argument.  No one alive knows how the men who fought at Gettysburg might feel about a casino.  Finally, we need to move from a position that automatically assumes the moral high ground. We’ve hit a dead end.

Larry Cebula “This whole controversy boils down to some people’s moral objections to gambling. There are dozens of businesses equally close to the battlefield (thought the video makes it sound like they are going to bull doze Little Round Top for the facility). The Casino will be within an existing hotel.  This is a lot like (here I go!) the controversy over the mosque near ground zero. People are misusing history to cover their moral objections to legal activity.” –  Comment left at Civil War Memory

Next post: At Gettysburg, Moral Panic Disguised as Historic Preservation