Can You Afford Not To Use Social Media? 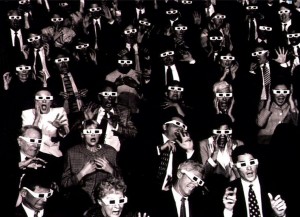 When it comes down to it much of the success that I’ve enjoyed as a teacher and historian over the past few years is the result of social media. I’ve taken full advantage of it from regular updates on this blog to Facebook and Twitter.  Each platform has a slightly different focus.  The blog functions as an extension of my classroom; Facebook allows me to stay in touch with old and new friends, and Twitter provides an ideal way to share and receive information in short bursts with people who share a common interest.  However, what they all have in common is they provide an effective means of remaining on the radar screens of current and future friends and colleagues.

The past few weeks provide a number of examples to support such an observation.  Back in August I was contacted by a publisher, who was interested in commissioning a book on the subject of black Confederates.  The contact was the direct result of my writing on the subject on this site.  This past week I was contacted by the Smithsonian Institution about the possibility of offering a series of lectures for one of its spring programs.  Again, the contact was the result of this site.  And this week I completed an abstract for an SHA session that was organized by a regular reader of the blog as well as a Facebook friend.  The point here is not to toot my own horn, though I would like to think that the quality of posts here as well as my published work have something to do with my limited success.  Rather, it’s to point out how little it matters apart from the broader goal of sharing an interest and scholarship with the public.

The mistake that people make is in thinking about social media as a way to build community.  Some of you who have been around for a while know that not too long ago I was fixated with creating a Civil War Memory community.  At one point or another I included Google Friend Connect and even a widget for the Civil War Memory Facebook page in the sidebar.  Somehow I envisioned readers connecting with one another and continuing discussions in various online spaces.  I now see this as completely misguided.  There are no Online communities; in fact, it demeans the very concept of community.

In the end, social media affords the user the opportunity to build an AUDIENCE.  My audience includes roughly 1,000 regular readers of Civil War Memory, 738 friends on Facebook, 350 members of the CWM Facebook page, and 490 Twitter followers.  In the context of my role as a teacher and historians, all of these people have the potential to respond in various ways to what I produce online.  They can shreak in horror, laugh, agree, or disagree.  These same people can also, “Like,” “link,” and “retweet.”  Oh…and they are also potential customers for a book about the battle of the Crater and historical memory that may or may not be published.