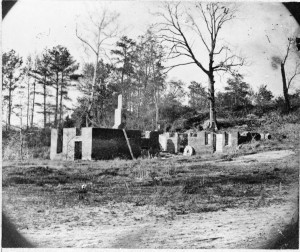 Update: The debate went extremely well.  Both groups did an excellent job of articulating their respective positions and pointing out what they perceived to be shortcomings in the other.  I had to remind them that, in the end, they were on the same team.  That is what I find so interesting here.  In the same theater of operations you have very different approaches being employed, which gives students a window into the evolution of the war as a whole.

My Civil War class is now focused on the crucial summer of 1862.  Students now have a solid grasp of the major campaigns along the river systems out west as well as in the crucial military theater of Virginia through mid-July 1862.  We’ve spent a good deal of time examining the evolution of war during this period through a careful reading of Chandra Manning’s study of Civil War soldiers and slavery as well as the push by certain commanders in the field to broaden the scope of the war.  It’s impossible to keep a discussion of slavery out of the picture, but I am trying to hold off on a discussion of the First and Second Confiscation Acts, the actions of Fremont and Butler as well as Lincoln’s announcement of a preliminary emancipation proclamation until next week.  It’s not a perfect plan, but it does follow Brooks Simpson’s approach in his short introductory text, which students are reading.

Today students will debate the merits of a limited v. and expanded or hard war approach through a reading of two documents.  The plan is to divide the class in half with one group reading General George McClellan’s famous Harrison’s Landing letter to Lincoln of July 7, 1862 and General John Pope’s General Orders No. 5, 7, 11, and 13.  Students will be expected to debate the scope of warfare outlined in these documents based on the information known at the time.  In other words, Lee’s army is still outside of Richmond and Lincoln has not issued a proclamation.