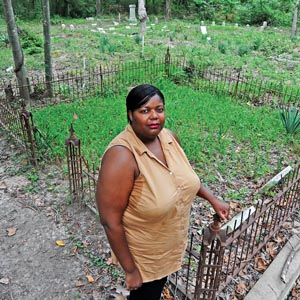 This morning I reported that Hampton historian, Veronica Davis, filed a lawsuit against the publisher of the 4th grade history textbook with the black Confederate reference to prevent them from editing the questionable passages.  At first, I thought that this was a reasonable request calling on all parties not to jump the gun, but to first do the necessary work to ensure that the text is properly corrected in a way that brings it in line with modern scholarship.  Thanks to Brooks we now have a copy of the petition and it is bizarre.  Davis supports her petition with the following:

The petitioner is gathering research and witnesses that will support the fact of there being black (African American) soldiers that served in the Confederate Army.

Davis goes on to argue:

The defendants did not establish a committee to investigate whether or not there was an error; they merely accepted the opinion of a Caucasian American parent who happens to be a professor of History at the College of William and Mary.  The parent did not provide written proof to support that her opinion was a fact.  In addition, the defendants disregarded research from notable African American scholars and Confederate Organizations.

And in light of this morning’s post the following is quite interesting:

The changing of the text also presents long and short term effects on the Plaintiff’s children and other children who have studied who have studied the contributions of African Americans, for example diminished self-respect, anger, and increased feelings of worthlessness.

Here is an article about Ms. Davis that appeared this past summer in Richmond’s Style magazine.