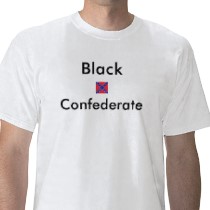 Vicki was kind enough to send along these two brief newspaper notices.  I’ve seen plenty of these references in the course of my research – just about every one is from early on in the war.  Here is your chance to be a historian.  What do you make of these brief references to the black community and their willingness to serve the Confederate cause?  What questions do we need to answer about these specific sources and what are the possible interpretations that can be introduced?

MEMPHIS DAILY APPEAL [MEMPHIS, TN], August 18, 1861, p. 2, c. 2
The Fort Smith Times of the 10th, states that two companies of southern blackmen have been formed in the neighborhood.  They are thorough southern men, not armed but are drilling to take the field, and say that they are determined to fight for their masters and their homes.

[LITTLE ROCK] ARKANSAS TRUE DEMOCRAT, September 19, 1861, p. 1, c. 7
Darkies Shooting Abolitionists.—The war has dispelled one delusion of the abolitionists.  The negroes regard them as enemies instead of friends.  No insurrection has occurred in the South—no important stampede of slaves has evinced their desire for freedom.  On the contrary, they have jeered at and insulted our troops, have readily enlisted in the rebel army, and on Sunday, at Manassas, shot down our men with as much alacrity as if abolition had never existed.  These are creatures for whose sake Lovejoy, Chandler and Pomeroy are agitating the nation, and to whom they would unconstitutionally extend the privilege of freemen and equality.—Northern Exchange.

MEMPHIS DAILY APPEAL [ATLANTA, GA], December 11, 1863, p. 1, c. 8
Old Dick.–We learn, from the Danville Appeal, that the old negro man Dick Slate, well known as the drummer of the 18th Virginia regiment, was sold on last Friday for $750.  He was purchased by the corporation of Danville.  Dick entered the army at the beginning of the war, and served about two years, in which time he gained considerably notoriety, both as a drummer and a fighter.  He was favorably mentioned by Russell, the correspondent of the London Times, for his fighting qualities.