“When You Eliminate the Black Confederate…” 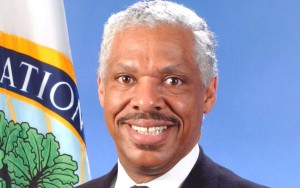 It’s one of those quotes that sticks out like a sore thumb on many black Confederate websites: “When you eliminate the black Confederate soldier, you’ve eliminated the history of the South.”  The only problem is that if you search for this quote Online you run into any number of problems not the least of which is authorship.  Let’s take a quick tour.

An Online search for the quote will yield page after page of websites that apparently have cut and pasted the passage.  Most of them attribute the quote to Professor Haynes.  What you will not find, however, is a single reference to the source of the quote.  There are no references to any publications on the subject or even a speech in which he may have made the claim.  The claim of authorship seems to be based on nothing more than that has been cut and pasted countless times.  If you are looking for an example of why an uneducated search on the Internet is so dangerous look no further.

So, who is Leonard Haynes?  Start with this biography of the man [and here].  He earned a Ph.D in higher education and served in the Department of Education during both Bush administrations.   Dr. Haynes sounds like an interesting guy, but I can find nothing that points to a single publication or presentation on the subject.  Is there any evidence that he has ever written anything about the Civil War let alone the subject of black Confederates?

Hey kids, if you don’t know how to search and assess Online sources then stay away.