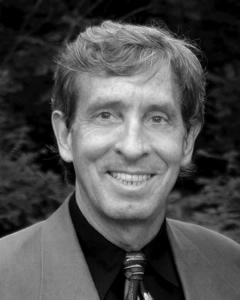 , which in some ways functions as a companion volume to The Confederate War

– published back in 1997.  Both studies offer highly readable critiques of a wide swath of Civil War historiography with an eye toward pointing out gaps in the literature.  In the earlier study that gap was a tendency to ignore the extent to which white Southerners forged a national identity around such military icons as Robert E. Lee.  Gallagher asked readers to think beyond the question of why the South lost and explore how the Confederacy managed to resist a concerted effort on the part of the United States to reunite the nation for four long years as well as how it managed to come close to independence on more than one occasion.  That opening in the historiography has been filled by Gallagher’s own graduate students and others, who have given us a much richer picture of nation building in the South.

In The Union War, Gallagher’s historiographic critique brings into sharp relief our tendency to minimize and even ignore the meaning that Northerners attached to Union.  In my opinion there is no one better at distilling academic debates for a general audience.  Gallagher devotes some of his sharpest criticisms to historians such as Chandra Manning and Barbara Field, who suggest that the massive amount of bloodshed could only be justified with emancipation and the end of slavery.  On the contrary, Gallagher argues that this runs rough shod over the the meaning of Union to the vast majority of Americans who rallied around the flag and Lincoln’s call to arms.  As in his previous study, Gallagher devotes a great deal of time to the importance that Americans attached to the army as a symbol of the nation and to the citizen-soldier, who exemplified its strong sense of sacrifice and patriotism.  At the center of this stood Ulysses S. Grant, who has been all but lost to our collective memory of the war.

I tend to agree with Gallagher’s broad assessment that the meaning of Union to the Civil War generation has lost its hold on our generation.  As I was reading through the book I found myself reflecting on the gaps in my own understanding of nationalism and Union in the North.  The concept seems abstract as compared to our tendency to root the Confederate cause in more tangible factors such as defense of home, “way of life”, slavery, etc.

I also couldn’t help but reflect on the shape of our public discourse between devotion to state and nation during the Civil War era.  Perhaps we draw much too sharp a distinction between the two.  We equate the South with states rights and the North with Union.  It implies almost a natural tendency to one or the other depending on where you were born even though white Southerners could be just as easily found appealing to nation and the power of the federal government as Northerners were to the importance of the state and states rights throughout the Antebellum Era.  Just look at the debate over the Fugitive Slave Act in 1851.

If I sound a bit confused it’s because I am.  Was Winfield Scott less devoted to his state than Robert E. Lee and, vice versa, was Scott more devoted to the Union than Lee in 1861?  Consider Elizabeth Brown Pryor’s recent essay at the NYTs Disunion blog in which she explores a newly-uncovered letter by Mary Custis Lee about R.E. Lee’s decision to resign his military commission in 1861:

These are riveting details. But what is most striking about this description is the loneliness of Lee’s decision. For the stunning message of Mary Custis Lee’s account is that that there was no pressure from kin or colleagues for Lee to give up the allegiances of a lifetime. Some would later become dedicated Confederates, but in April 1861 their feelings were with the Union. If even his wife, and most of his children, did not support his stand, Robert E. Lee must personally have wanted very much to take this path. This was not an answer he was compelled by home and heritage to make. It was a choice — and it was his alone.

Contrary to D.S. Freeman, this was not a decision that Lee was born to make unless we are willing to interpret his decision in a vacuum cut off from everyone else who had a similar choice to make. Do we really believe that this simply boils down to a simplistic calculus of nation v. state?  Were Southern Unionists more emotionally invested in the idea of nation and union than their neighbors who happened to vote for secession?  It’s not so clear to me anymore.   At the same time, can we say with a straight face that the secessionist loved his state more than the unionist?

I finished Gallagher’s book disappointed in the fact that we have lost an appreciation for and an understanding of why millions of Americans believed it was worth sacrificing to save what Lincoln referred to as the “last best hope of earth.”  These were not just words.  That we have a need to equate the war’s overall meaning and significance with emancipation perhaps tells us more about our needs than it does about how the vast majority of Americans at the time viewed it.  At the same time I wonder if we too easily dismiss strong feelings of patriotism and union in the South at the beginning of the war.  Given the speed at which the nation reunited by the early twentieth century and regardless of the bitterness and hatred that ensued once the fighting commenced, perhaps those “mystic chords of memory” were not entirely severed.

[Note: I apologize if this post has a rambling quality to it.]