Gone With the Wind’s Black Confederates… I Mean Loyal Slaves

I am putting the finishing touches on my presentation for tomorrow evening at the Western Virginia Historical Society in Roanoke.  One of the points that I want to stress is that the black Confederate reference is relatively new to our cultural lexicon.  As I’ve suggested before, references to hundreds or even thousands of loyal slaves serving as soldiers in the Confederate army can be traced to the period following the movie, Glory in 1989.  Despite the insistence on the part of a small, but vocal group black Confederate soldiers simply did not exist in our collective memory until recently.  We have already discussed the case of the Confederate monument at Arlington, which was dedicated in 1914 [and here].  Primary source material related to the dedication ceremony as well as early histories of the site clearly references the image of the black man following soldiers into battle as a body servant (slave).  To insist otherwise is to engage in presentism.

It may be helpful to consider a scene in Gone With the Wind that features just the kind of image that is so often misrepresented today.  During the evacuation of Atlanta and amidst all of the confusion of Federal shells and runaway carriages Scarlett happens upon former slaves from Tara, including “Big Sam”.  He reassures Scarlett: “[T]he Confederacy needs it, so we is going to dig for the South…. [D]on’t worry we’ll stop them Yankees.” 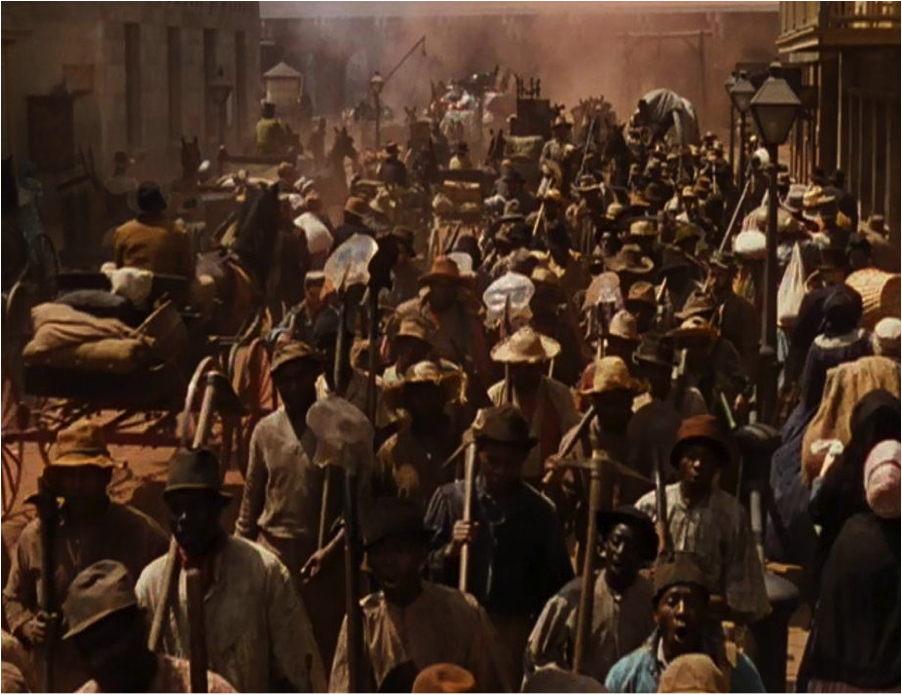 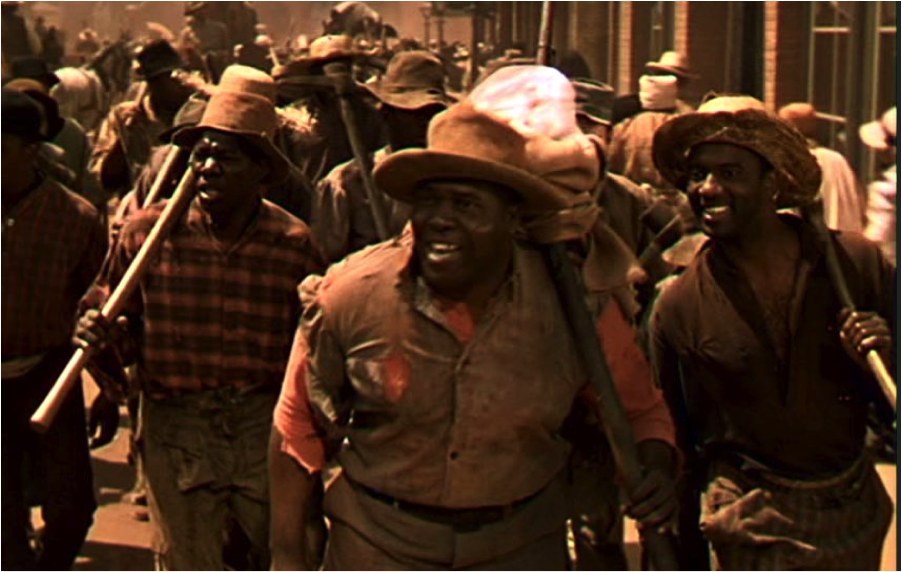 Let’s put aside for now the overt imagery to loyal slaves that is pervasive throughout the movie.  What is worth pointing out is that no one describes these men as soldiers and it is unlikely that moviegoers would have made this assumption as well.  They would have viewed these men simply as loyal slaves to the South.  More specifically, it looks like these men functioned as slaves impressed by the Confederate government.

In the hands of the careless they are whatever you want them to be.