The Problem With Civil War Movies 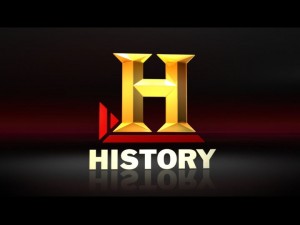 There seems to be a good deal of anticipation for History’s upcoming movie, Gettysburg, produced by Ridley and Tony Scott.  I am not one of them.  Audience’s will likely experience a visually stimulating and gritty depiction of the actual battle.  The goal of the movie, according to the History website is the following:

Executive produced by Ridley and Tony Scott, GETTYSBURG strips away the romanticized veneer of the Civil War to present the pivotal Battle of Gettysburg in a new light–a visceral, terrifying and deeply personal experience, fought by men who put everything on the line in defense of their vision of the American future. Cinematic in scope, GETTYSBURG is an information-packed look at the turning points, strategic decisions, technology and little-known facts surrounding the battle. Developed in collaboration with highly esteemed Civil War historians, GETTYSBURG reflects hundreds of individual accounts of the battle–the unique voices of struggle, defeat and triumph that tell the larger story of a bitterly conflicted nation. [Click here for a preview.]

Will this movie really highlight what was a “visceral, terrifying, and deeply personal experience?”  Wasn’t Ted Turner’s Gettysburg an example of just such a movie or is the difference here that the special effects will set the Scott production apart?  I guess in the end I have trouble believing that any Civil War movie can strip away “the romanticized veneer of the Civil War” entirely.  Our memory of Gettysburg is wrapped up in all kinds of romantic memes from “Brother v. Brother” to “A Battle that Decided the Fate of a Nation.”  We don’t have a Civil War apart from our romantic notions that define its continued significance and meaning.

We should also acknowledge the influence of reconciliation and reunion on the level of violence that we are willing to tolerate in Civil War movies.  Compare recent Civil War movies with this scene from the HBO series, The Pacific:

I’ve not seen the entire series and, to be completely honest, I am not sure that I will ever see it in its entirety.  It’s much too graphic for me.  This scene of the Marines landing on Iwo Jima, however, is a good example of a war movie stripped of everything romantic.  In the scene above we are able to suspend any attachment to a larger narrative and deal with the battlefield itself in all of its horrors.  I just don’t think that most of us want a Civil War movie along these lines.  We are much too invested in a larger narrative of American Exceptionalism that treats the soldiers on both sides as American brothers rather than others.  The bloodshed and violence functioned to build a stronger nation and guarantee the triumph of democracy.   Americans perhaps find it difficult to acknowledge that the kind of violence and hate that was directed at the Japanese or Germans during WWII might also have been present at Gettysburg and other battles.