A Half-Hearted Review of HISTORY’S “Gettysburg” 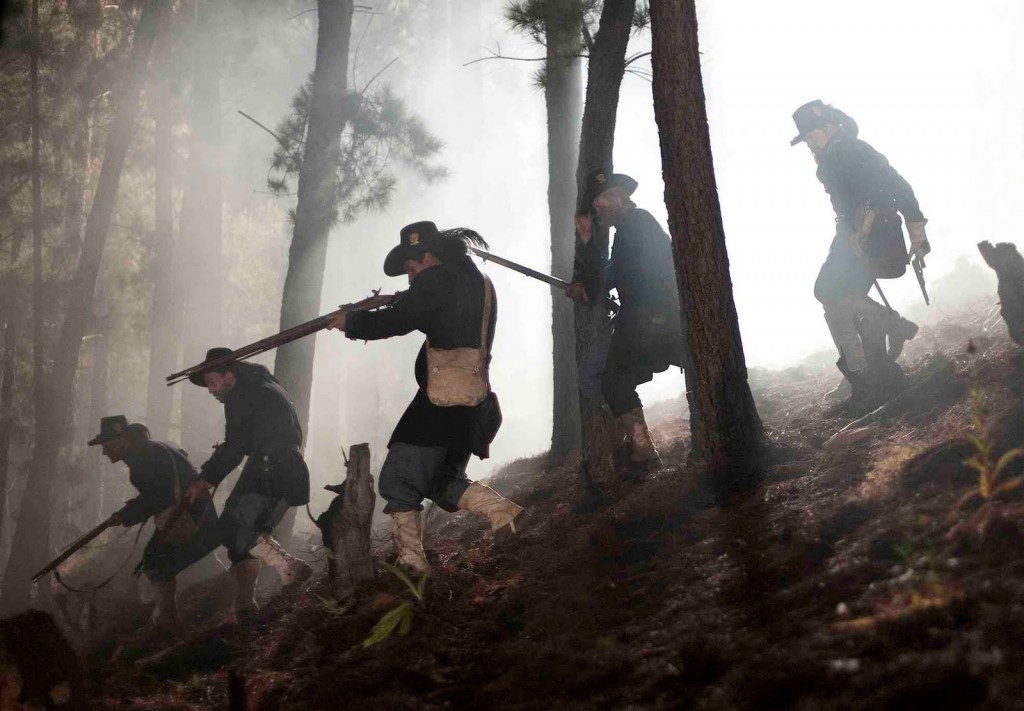 I say half-hearted because I only made it through the first hour of the movie.  It was much worse than I had anticipated, but before proceeding.  Of course, I understand that I was not the target audience for this documentary film.  The problems for me started with the opening scenes, which placed the viewer on the battlefield on the morning of the first day without any context whatsoever.  I didn’t find such a move to be dramatic in any way, just confusing.  It goes without saying that I didn’t learn anything new about the battle, but I did appreciate the attempt to highlight the experiences of eight individuals; unfortunately, the script was so disjointed that I found it impossible to identify with anyone in the film.  At one point the issue of escaped slaves was raised and a moment later was dropped.  It seemed completely removed from the broader narrative.

I will leave it to others to point out the mistakes involving uniforms, attack formations, etc.  The biggest disappointment was the movie’s supposed realism.  The problem of representing the horrors of a Civil War battles in film was the subject of a recent post.  Let’s just say that I was yawning by the 10-minute mark of the film.  I couldn’t get beyond the slow-motion sequences of bullets hitting bone and men falling to the ground.  The special effects were also a major disappointment.  Don’t get me wrong, I wasn’t expecting an alien to pop out of Lee’s stomach, but I was expecting something more.  The map graphics depicting the movement of troops was little better than the old Gettysburg Electric Map. In fact, I couldn’t pinpoint Ridley Scott’s imprint on the film at all.  Overall, the organization of the film reminded me of their recent American history documentary, America: The Story of Us.  Take a minute to watch a clip and tell me I am wrong.

I turned the channel with even more admiration for what Ken Burns accomplished twenty years ago.

OK…that’s about all I can muster.  What did you think?

Next post: Why the Black Confederate Myth Will Remain a Myth