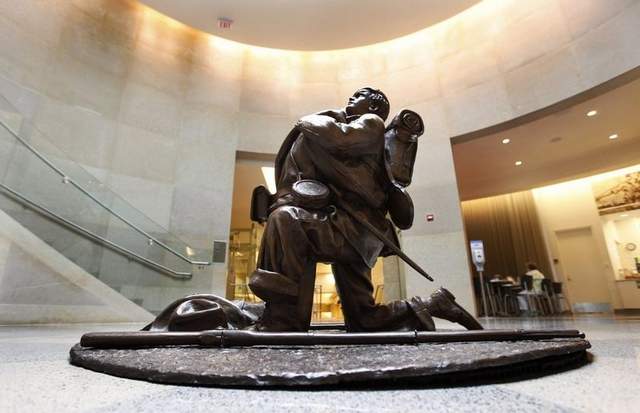 Gary Casteel’s latest creation was recently unveiled in the new extension of the Virginia Capitol.  The sculpture is titled, “Brothers”, and depicts a reunion of two brothers following the heat of battle.  My problem with this piece is not that it fails to capture documented meetings between brothers and family members on the battlefield, but that it plays on our need to see the war and all of its bloodshed and violence as somehow washed away through reconciliation and reunion.  Simply put, it doesn’t push me to reflect about our past and that is what an important piece of public art ought to do.