Did the South Win the Civil War? 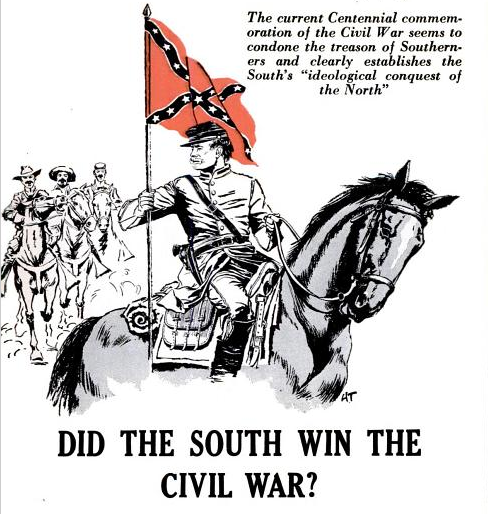 This is a question that Howard N. Meyer posed in the November 1961 issue of Negro Digest.  It’s a thought-provoking essay that anticipates a burgeoning black counter-memory that emerged in the pages of popular magazines by 1965.  It also provides a helpful reference point to gauge the evolution of Civil War memory over the past few decades.  Here are a few choice quotes:

My have the times changed.