Remembering the Battle of the Crater Now Available for Pre-Order 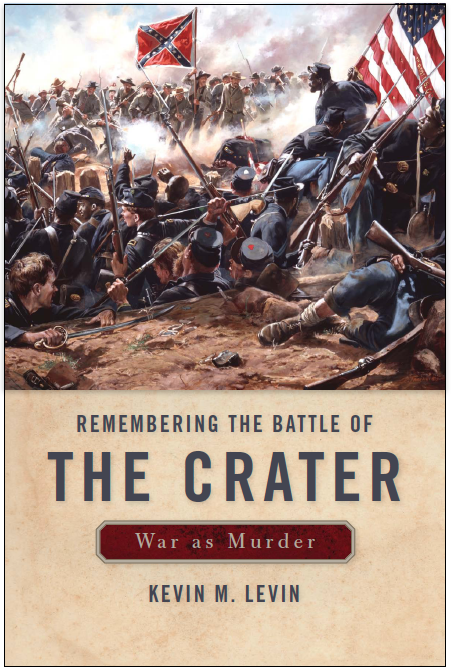 Available from University Press of Kentucky, 06/12

Earlier this week I learned that my forthcoming book on the Crater is now available at Amazon.  Get it while it’s almost hot!

The Battle of the Crater is known as one of the Civil War’s bloodiest struggles—a Union loss with combined casualties of 5,000, many of whom were members of the United States Colored Troops (USCT) under Union Brigadier General Edward Ferrero. The battle was a violent clash of forces as Confederate soldiers fought for the first time against African American soldiers. After the Union lost the battle, these black soldiers were captured and subject both to extensive abuse and the threat of being returned to slavery in the South. Yet, despite their heroism and sacrifice, these men are often overlooked in public memory of the war.

“Levin offers something new and valuable in this book. His approach of unpacking the complex telling and forgetting of the events surrounding one battle allows him a focus and specificity that even many very good treatments of historical memory often lack. Remembering the Battle of the Crater stands to make a real and lasting contribution to the field of Civil War memory studies.”–

Anne Marshall, author of Creating a Confederate Kentucky: The Lost Cause and Civil War Memory in a Border State