Top Civil War Books for 2011 at The Civil War Monitor 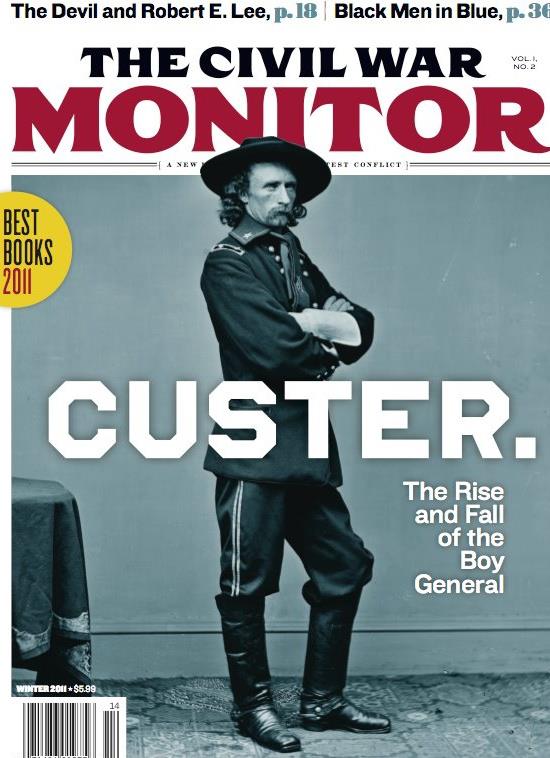 Yesterday I received the latest issue of The Civil War Monitor magazine.  I’ve only had a chance to skim through it, but the layout and content look great.  This issue includes essays by Glenn LaFantasie, James Marten, Steven Newton, and a pictorial piece by Ronald Coddington.  I recently purchased a 2-year subscription and I encourage you to do so as well.

This issue also includes selections for top books of 2011 by five historians including yours truly.  I am joined by George Rable, Robert K. Krick, Gerald Prokopowicz, and Ethan Rafuse.  What follows are my selections: