Glorifying War at the Crater in 1937 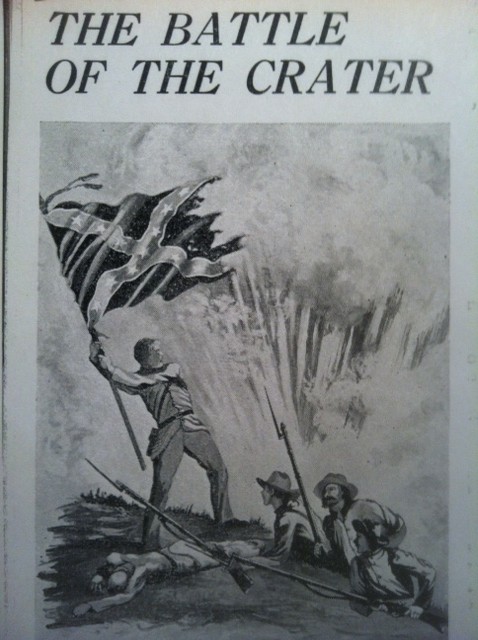 Drawn By a member of the WPA Art Staff

In the process of reviewing the final edits for my Crater book I’ve had to go through research files that have not been touched in a couple of years.  Today I read through a bunch of editorials concerning the 1937 Crater re-enactment in Petersburg, which the National Park Service used to mark the inclusion of the battlefield within its jurisdiction.  The event attracted around 50,000 people and was widely publicized around the state.  Thought the support was overwhelming among white Virginians I was struck by the number of editorials the expressed concern over what they viewed as the glorification of war through re-enactment.  Having experienced WWI and having to consider the possibility that American boys might be sent overseas once again it is not surprising that a vocal minority expressed concern.  I thought I would share a few excerpts given the current debate about the place of re-enactments in the ongoing sesquicentennial.

It would be extremely unfortunate if the re-enactment of the Crater and other famous battles of the War Between the States under the auspices of the National Park Service, should impress upon onlookers with the feeling that war is a glamorous, or in any sense an alluring spectacle…. [W]e hope the lesson to be learned from it will that we of this generation must avoid such an experience.

We need to stop glorifying war and begin to glorify peace.  I recall something in personal experience of the horrors of the so-called Civil War, and have had my best friend shot down by my side while warring with Indians, and we all have seen the results of the unrighteous World War, in which we had no business taking part.  We should be cured of the war spirit.  And that is the kind of spirit, that the re-enactment of the Battle of the Crater fosters among the youth of the land who are to be our future congressmen and leaders.

Apropos the “Crater,” celebration at Petersburg.  I am wondering if it was wise or helpful.  Should we exploit the ruthless murdering called “war”?  How about the horrible experiences of people in Spain?  I hope the terrible occurrences are greatly exaggerated for it makes our hair stand on end to read of it.