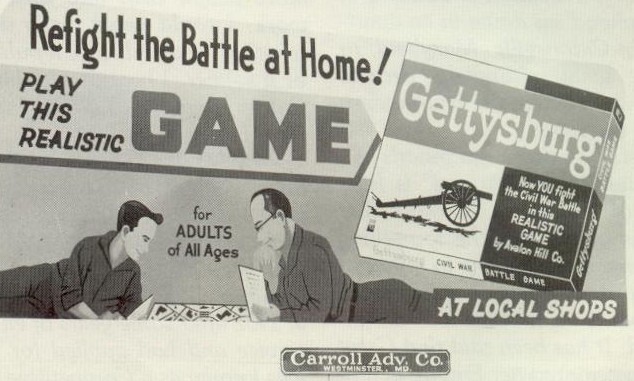 Over the past few days I’ve been putting together some thoughts for a panel on the Civil War sesquicentennial that I am taking part in this coming April at the annual meeting of the OAH in Milwaukee.  I shared my proposal a few months ago and am now trying to fill in some of the detail.  I am very interested in the implications of social media on how public historians in museums and other institutions have utilized these tools during the sesquicentennial.

As I suggested in my proposal, social media has fundamentally changed the commemorative landscape.  Whereas 50 years ago only a few institutions were positioned to shape a national Civil War remembrance the democratization of the web means that all of our voices can now be heard.  Most institutions have done a pretty good job of utilizing social media tools such as Facebook, Twitter, and YouTube to disseminate information to the public, but what are they doing to engage their audience?  Social media is a 2-way street and I am not simply thinking of a Facebook page that allows for readers’ comments.

I don’t know if they still do it, but when I last visited the American Civil War Center at Tredegar they provided post-it notes at the end of the exhibit for visitor feedback.   I have no idea what they do with the notes, but I like the spirit of it, especially now that we are into the sesquicentennial.  We need to remember that while museums are doing their best to focus us on the past, the sesquicentennial is an event itself and these institutions are in a position to help the public begin to make some sense of it.  On the one hand the multitudes of voices that are part of our ongoing discussion of the continued significance of the Civil War is something to celebrate, but what does it all mean in terms of how we as a nation remember this period of our history?  Should museums and public historians even care about such a question?

I would suggest that they do, but I wonder if many have thought through how the web 2.0 world can enhance and advance their goals.  One thing is clear: the sesquicentennial has engaged a much wider range of Americans compared to just 50 years ago, but at this point we know very little about its racial, gender, and generational boundaries.  We are still mired in a narrative of continued war, of black v. white, and of north v. south, which I have argued is an inaccurate picture of where the nation is in its collective memory of the war.  Museums and other professionals can certainly use these tools to more effectively engage their audience and perhaps even expand it.  I would love to see museums begin to embrace the reflections of their visitors as a component of the exhibit, which would begin to address the issue of how we catalog our individual voices as well as broader shifts and patterns of remembrance.

This post is a bit of a ramble, but I am still thinking through a bunch of things.  What do you think?  Are there museums that are utilizing social media tools in creative ways?